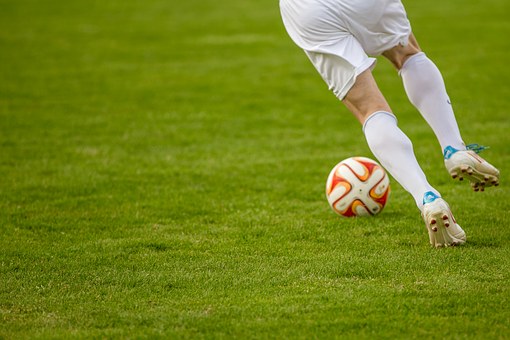 As Tottenham Hotspur gear up for their Champions League quarterfinal first leg match with Manchester City, they are dealing with new, unwanted distractions.

Argentine manager Mauricio Pochettino is being linked with Italian heavyweights AC Milan, who are allegedly ready to offer him a £300 million transfer warchest. If the reports are true, it is more transfer money than Pochettino has ever had at his disposal in his managerial career at one time.

Tottenham Hotspur are preparing for their biggest Champions League fixture under Pochettino and go int the first leg minus three of their top players. Erik Lamela, Serge Aurier, and Eric Dier will all miss out. Meanwhile, Fernando Llorente will be assessed on Tuesday after suffering a concussion against Crystal Palace last week.

AC Milan would offer pastures new and the possibility of funds the likes not seen at Tottenham. But can they convince Pochettino to give up north London for Milan?

Are AC Milan on the way up while Tottenham Hotspur head down?

AC Milan have spent large sums of money in recent transfer windows, yet they have failed to produce table-topping football.

The Rossoneri are dangerously close to falling out of the top four in Serie A as they are winless in their last four matches under manager Gennaro Gattuso, having lost three of those fixtures.

Pochettino has been linked with other clubs previously. He was rumoured to be Real Madrid’s No. 1 target following Zinedine Zidane’s departure after last season’s Champions League Final. Pochettino was also believed to be Manchester United’s favourite for the permanent manager’s role at Old Trafford prior to Ole Gunnar Solskjaer’s success.

AC Milan chief executive Ivan Gazidis is looking to rejuvenate AC Milan and bring the club back to the heights it soared 10 years ago. Pochettino is said to be Gazidis’ No. 1 target this summer.

Pochettino could be swayed to move to AC Milan if he is handed the transfer funds reported. The manager has had to make do in recent seasons at Tottenham Hotspur without adding to the squad. Having the chance to build a title winner and Champions League contender in Italy may intrigue the Argentine.

But AC Milan’s failure to reach the Champions League could dissuade Pochettino from moving. In addition, Tottenham chief Daniel Levy is unwilling to let Pochettino go especially with Spurs playing their first full season at the new Tottenham Hotspur Stadium in 2019-20.

AC Milan are currently in the Coppa Italia semifinals and will play Lazio in the second leg on April 24th. The Rossoneri are deadlocked at nil-nil on aggregate from the first leg.

Despite Gattuso leading the club to the Serie A top four and the Coppa Italia semifinal, it is possible he could be let go after the season.

AC Milan have not won the Scudetto since 2011 and haven’t played in the Champion League since 2013-14.

Liverpool: 3 players Jurgen Klopp must decide to keep or let go this summer
Liverpool in quest for trophy double
To Top