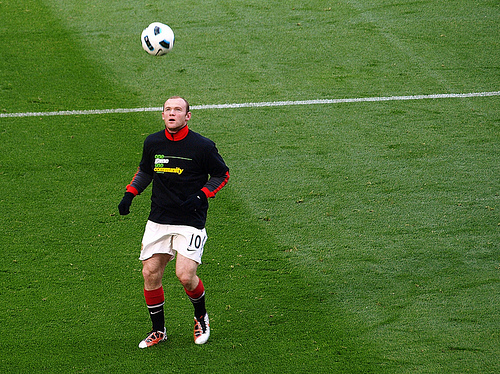 Nobody would begrudge Manchester United midfielder Ander Herrera a rest, after starting 19 of his side’s past 20 Premier League matches.

And yet, Jose Mourinho seemed to get the balance of his selection wrong in the 1-1 draw at home to Bournemouth.

Bringing Michael Carrick and Wayne Rooney, combined age of almost 67, into a team already containing 35-year-old Zlatan Ibrahimovic and Juan Mata – a player renowned for his audacious skill, but not his pace – looked a risk.

Perhaps the Cherries shipping 17 goals in their previous six away fixtures led the Portuguese tactician to believe Eddie Howe’s side were there for the taking, but after a rough-and-tumble first half and muted second 45, United are left to rue being stuck in sixth place.

Despite the hosts creating a glut of opportunities, with visiting keeper Artur Boruc on top form, Bournemouth were well worth the point considering Andrew Surman’s harsh sending off.

Optimists will point to the Red Devils’ 20 chances to their opponents’ two, but 10 of those efforts were against 10 men, while nine came from outside or around the edge of the penalty box.

Carrick and Rooney made way for Jesse Lingard and Marcus Rashford with 20 minutes to go, by which time Howe’s stubborn side had dug their heels in, leaving the England pair little to feed off.

With a top-four finish still an outside bet after the weekend’s results, United’s best hope of gaining a Champions League spot next term looks through the Europa League.

FC Rostov beat Bayern Munich 3-2 at home earlier this season, so Mourinho – who, like predecessor Sir Alex Ferguson, often errs towards caution in big European away nights – has plenty on his plate ahead of Thursday’s trip to Russia.

Henrikh Mkhitaryan – whose presence would have gone a long way to solving United’s current problems – isn’t expected back until Monday’s trip to Chelsea in the FA Cup.

With that in mind, and considering the prize at stake, avoiding defeat against Rostov should be seen as the number one priority.

Mourinho may reject such home-game tactics, but unleashing the fresh legs of Herrera, Lingard and Rashford on the Europa League makes sense considering the out-of-form alternatives.