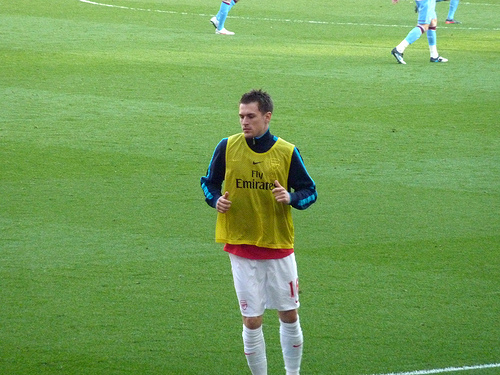 After losing five of their past seven matches, four of the last six by at least two goals, Arsenal are officially struggling.

The Gunners botched progress to the Champions League quarters for the seventh season on the spin when going down 10-2 on aggregate to Bayern Munich, and are in a fight to hold onto a Premier League top-four spot this season.

Non-league Lincoln at home in the FA Cup ought to provide some respite, but the Imps have lost just once in 16 fixtures since Boxing Day.

Championship duo Ipswich and Brighton, as well as Arsenal’s top-flight brethren Burnley, have all fallen by the wayside during the National League outfit’s ruthless run.

To keep the juggernaut rolling beyond the weekend, Danny Cowley’s side must target the hosts’ unsettled midfield.

With only one fixture remaining in March after this, Arsene Wenger may opt to risk his current first-choice midfield three of Granit Xhaka, Alex Oxlade-Chamberlain and Aaron Ramsey.

Francis Coquelin has been largely out of favour recently, but could be given a chance to redeem himself, while teenager Jeff Reine-Adelaide has started all but one of Arsenal’s domestic cup games this term.

Whichever combination Wenger decides upon will be a risk, with massive question marks hanging over Oxlade-Chamberlain’s suitability for the role, Xhaka’s temperament, and Ramsey’s fitness and form.

Lincoln need to get in the faces of the Gunners midfielders early, cutting off supply lines to the hosts’ array of attacking talent.

If they can hold Arsenal back for the first 15 minutes, a home crowd ready to explode with outpourings of anger at any moment won’t help their team’s cause.

According to top stat site WhoScored.com, Cowley set his side up in something resembling a 4-4-2 formation for the 1-0 victory at Turf Moor.

Breaking from a winning formula may seem an odd tactic, but the former Braintree boss might want to think more narrowly at the Emirates.