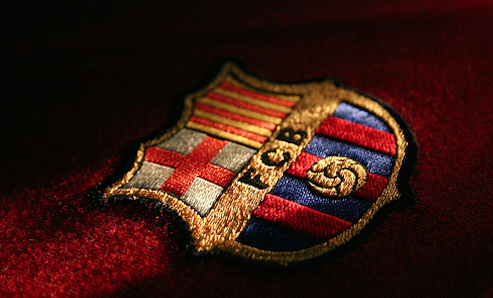 Barcelona are reportedly targeting three Chelsea players as the Spanish side look to overhaul their squad at the end of the season.

Antonio Conte’s team have been in fine form this season, and three of his key men have caught the eye over in Spain. Marcos Alonso, Cesar Azpilicueta, and Nemanja Matic are all reported targets for the Blaugrana this summer.

According to The Express, Barcelona’s director of sport Robert Fernandez and scout Urbano Ortega were both in attendance at the London Stadium on Monday night. They watched Chelsea beat rivals West Ham United 2-1.

Both Azpilicueta and Alonso put in fine shifts, as they have done all season, and Matic came off the bench for the last 25 minutes of the game.

What it could mean for Chelsea

Conte’s formation, which deploys Alonso as a wing-back and Azpilicueta as a right-sided defender in a 3-4-3 formation, has been a revelation this term. These two men, along with their defensive teammates, have helped Chelsea to 13 clean sheets and have only conceded 20 goals in the Premier League this season.

These two men, along with their defensive teammates, have helped Chelsea to 13 clean sheets and have only conceded 20 goals in the Premier League this season.

The backline has been settled and unchanged since the turn of the year. Losing Azpilicueta would massively disrupt the dynamic of Chelsea’s defence.

Similarly, the Blues would have to find a world-class replacement for Alonso should he depart. Finding a wing-back who’s as willing to do the defensive dirty work as the Spaniard will be tough.

Losing Matic would also be a blow. Although he lost his starting place to Cesc Fabregas on Monday night, the Serbian is still a key member of the team and had started every other league game this season. Alongside N’Golo Kante, he’s part of an almost unbreakable Chelsea midfield.

If a match doesn’t require the creativity of Fabregas to split open an opposition side, then Matic is the man Conte prefers on the pitch.

Snatching any one of these three players from Chelsea would be a job well done for Barcelona. Like the Blues, they’ve attempted to play three at the back under Luis Enrique this season.

Because of the constant changes to the formation (they sometimes play four at the back), Barca’s defensive form is not quite as sound as Chelsea’s.

They’ve conceded 21 goals and only kept 11 clean sheets in La Liga this season. Enrique is struggling to stick with the same starters too, often chopping and changing the likes of Samuel Umtiti, Jeremy Mathieu, and Javier Mascherano.

Bringing in a world-class replacement would surely help steady the back line, and ensure Barcelona aren’t always relying on their firepower up front.

Enrique has used wing-backs this season, meaning Alonso could slot in on the left-hand side, although he would have Jordi Alba for competition.

Matic would also fit into the Spanish side, giving the team a solid defensive midfielder. Ivan Rakitic, Sergio Busquets, and Andres Iniesta have all been deployed in that position this season, suggesting that it’s a position ready to be filled by a permanent name.

However, if Chelsea win the league in May, prizing any one of these three key players away from Stamford Bridge will be a challenge for any team.