Manchester United head to St. Mary’s stadium on Wednesday night knowing that a win wouldn’t help them in their quest for Champions League qualification via their final Premier League position. The Red Devils have lost their way in recent weeks as they have put all their eggs in one basket in the Europa League final against Ajax next Wednesday in Stockholm. Jose Mourinho has had to rotate his squad in the face of injury complaints and is set to do so against Claude Puel’s charges. 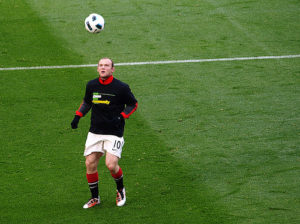 It would seem all is not well with David de Gea and Mourinho with the Portuguese insisting the Spanish no 1 will not feature again this season for The Red Devils, amid interest from Real Madrid. Sergio Romero will feature in goal.

With Luke Shaw injured and Daley Blind in line for a rest, Matteo Darmian is set to start at left back while in the heart of defence, Chris Smalling and Phil Jones should feature as they look to ramp up the minutes to boost their fitness while at right back, Antonio Valencia should continue his imperious form all season.

Marouane Fellaini is available for selection after the expiration of his three-game suspension and should be partnered by Axel Tuanzebe in the pivot position. In attacking midfield, Anthony Martial should play on the left with his pace and trickery sure to worry the Saints backline. Juan Mata should play behind the striker in the no 10 role while Jesse Lingard should play from the right.

Wayne Rooney scored against Tottenham last time out and while United’s record goalscorer has suffered a loss of form this season, is still capable of leading the line on a tricky away game.