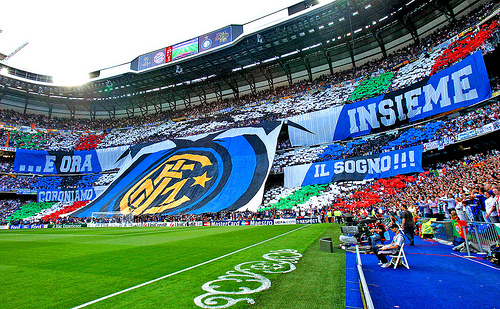 Manchester United are willing to offer Inter Milan sensation, Ivan Perisic a four year contract that will see him double his wages, according to report from Daily Star.

The 28-year-old Croatian has been in sensational form for the Italians this summer, but could be sold to balance the books by Financial Fair Play regulations. Jose Mourinho is reportedly keen on a goal-scoring winger to offer more threat going forward, and he fits into that category. TuttomercatoWeb, the Italian media outfit believes that United have offered him a £120,000-a-week deal.

Perisic was reportedly scouted by Mourinho earlier in the season and has been identified as an upgrade on the club’s wingers like Anthony Martial and Jesse Lingard. The player has been sensational for the 18-time Italian giants this term, and in what could be his final appearance for the club, scored once and assisted twice in the 5-2 win against Udinese on the final day of the Serie A season.

Jose Mourinho has identified his transfer targets for next season, with a view to making United into sustained title challengers. It is believed United have offered £36m for his signature, but Inter are reportedly holding out for £48m.

The former Borussia Dortmund man is a winger capable of playing on either flank. He is known for his exceptional pace, dribbling ability and aerial threat. He has scored 11 times and creates a further 13 in 42 matches all season. He will be a cheaper alternative to James Rodriguez whose transfer fee is threatening to detail his protracted move to old Trafford.