Real Madrid midfielder, Luka Modric has been identified by Arsenal manager, Arsene Wenger as the man to take the Arsenal midfield forward and as a replacement for mercurial Spanish midfield player, Santi Cazorla who has been beset by injury worries for the second season in a row.

The Real Madrid player is still going strong at the age of 32, but it seems Real president, Fiorentino Perez wants manager, Zinedine Zidane to replace him with a younger player, as they look to the next era of dominance for Los Blancos. 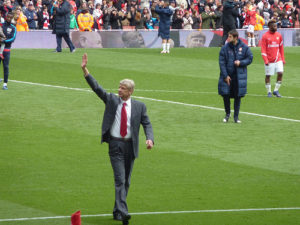 The Express via Diario Gol reports that the Gunners could make a bid of £30m for the playmaker, which could excite Real Madrid into selling. The Croatian international has been an influential team player since joining from Tottenham Hotspur in 2012, and has won the Champions League twice, the Copa Del Rey once and is on course for a first Liga title.

Arsene Wenger is planning for next season, even with the uncertainty surrounding his future at the club and believes the former Tottenham man is an upgrade on the likes of Granit Xhaka, Francis Coquelin, Aaron Ramsey and Mohammed Elneny.

Modric, though may be unwilling to move due to his Tottenham links from the past. He still has three years left on deal at the Santiago Bernabeu, but a return to English football could well be a motivating factor. Modric is a classy central midfielder capable of operating as a deep-lying playmaker and even further forward.

Where Wenger’s £200m Arsenal refit money should be spent
Deal Close: Arsenal set to announce the transfer of highly-rated Spaniard
To Top