Arsenal defender, Hector Bellerin is reportedly close to a deal back to his former club, Barcelona in the summer amid the uncertainty about Arsene Wenger’s future at The Emirates.

The 22-year-old right back is wanted by the Catalan giants as a long term replacement for legendary right back, Daniel Alves who left The Nou Camp in 2016, and is still performing magic with the Old Lady of Turin. Bellerin left Barcelona to join Arsenal as part of the Cesc Fabregas deal to Barcelona. The Express reports via Diario Gol that a deal is close but no agreement has been reached. 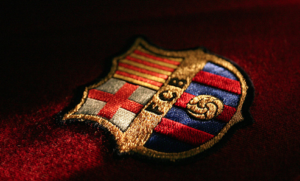 Bellerin has grown in leaps and bounds since making his debut in the 2013/14 season, and has established himself as the first choice right back in the club.

The player is really supportive of manager, Arsene Wenger as he believes the French manager is responsible for his development as a professional footballer, and he won’t want to betray his trust by angling for a move away from North London.

The Spaniard fits the bill as a Barcelona man through and through as his skills were honed on the famous La Masia pitches and won’t waste time to integrate back into the Spanish way of life.

Known as a speed merchant, Bellerin possesses great attacking and defending attributes and has scored thrice in 102 matches for the 13-time English league champions.