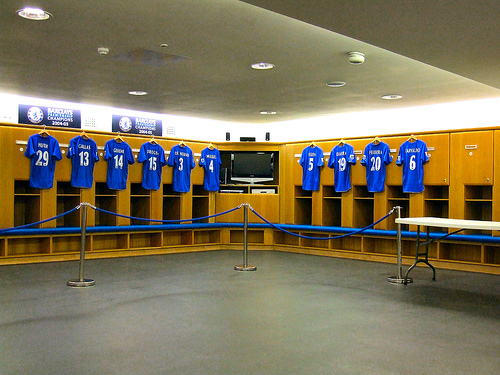 Everton’s midfielder Ross Barkley is expected to be out for at least three months after his hamstring injury. Despite this, Spurs are prepared to make Everton an offer in the region of £20million. Talks are expected to take place during this week according to The Telegraph.

However, Spurs are not alone in the interest for the attacking midfielder and it’s expected that Chelsea will make a move in order to secure a signature from Barkley. Barkley is a player that Chelsea have been following for many years, and the club views him as a potential long term signing according to The Telegraph.

Everton went out with a big price tag of £50million at the start of the summer, but with only 12 months left on his contract, it attracted little attention from fellow English clubs. Following the injury, the position of negotiating for Everton has become even harder.

Spurs chairman Daniel Levy is expected to prepare a bid of the aforementioned amount, which he views as a fair price, but the question is now if Chelsea will be moving in to outbid the North London club.

Chelsea have a less strict wage structure and could according to The Telegraph pay as much as £100,000-a-week.

Barkley could be a potential long term signing for Chelsea, however, according to Spurs coach Pochettino, he is likely to get more initial playing time at Tottenham even though he would start out behind the likes of Dele Alli, Christian Eriksen and Mousa Dembele.