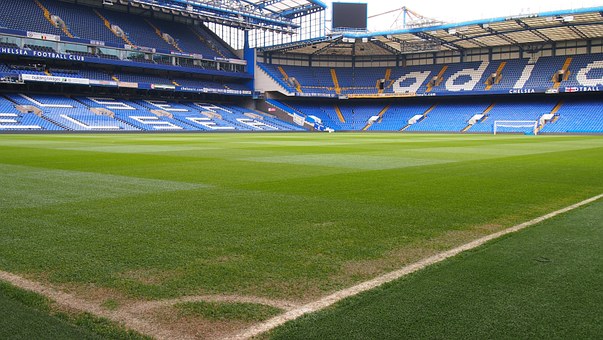 Chelsea striker Alvaro Morata spent the second half of the 2018-19 season on loan at Atletico Madrid. Morata scored five goals in 16 games for Chelsea before leaving for Spain in an unremarkable first half of the season.

The Spaniard has had a turbulent time at Stamford Bridge since arriving in 2017-18. Manager Maurizio Sarri did not fancy the striker and chose to loan him out in favour of a move for Gonzalo Higuain.

Morata has another 12 months on his loan deal making it appear there is no future for the striker at Stamford Bridge.

According to the Daily Star, Chelsea could benefit from Atletico Madrid’s impending sale of forward Antoine Griezmann.

Atletico Madrid will see their star player leave for Barcelona when the transfer window opens after the Catalans agreed to pay Griezmann’s release clause of £108 million.

Diego Simeone’s side has Morata locked down for another 12 months on loan but could make the deal permanent this summer. If Atletico Madrid seek to sign Morata before the end of the loan, the fee could rise.

Atletico Madrid will be in need of a forward following Griezmann’s sale. In addition, Diego Costa could be sent packing at the Wanda Metropolitano Stadium after being suspended for the end of the season for his behaviour in a game against Barcelona in April.

Alvaro Morata is an unwanted man

Morata is an unwanted man at Chelsea. The Blues paid £59m to sign the striker from Real Madrid in 2017.

He scored 11 goals in 31 games in his first Premier League season at Stamford Bridge. It was a disappointing goal return following his high-profile move.

Not long after Morata’s move to Chelsea, he appeared unhappy at the club. In an interview in the Telegraph he stated he wouldn’t be in “London very long”. He was correct.

Morata has never been tasked with being a club’s main striker. At Real Madrid and Juventus, he was always an alternative No. 9 to the more established stars. It was a role he succeeded in.

He was counted on to be the main man at Stamford Bridge and couldn’t live up to the billing.

Chelsea are banned from signing players in the summer. Despite not being allowed to bring in players, Morata looks set to be one loanee that won’t be brought back.