On the back of winning the Liga Santander on Sunday, Real Madrid are taking a look at the future as they are set to announce the signing of talented teenager, Vinicius Junior.

The 16-year-old is one of the highly rated youngsters in world football, and has been courted by a host of top European clubs. The likes of Manchester United and Arsenal are also interested in the signature, but it seems that the £38m asking price is proving too much to offer for a yet  unproven teenager.

According to GlobeSporte, Real Madrid have completed the deal and are set to announce the deal in the coming days. 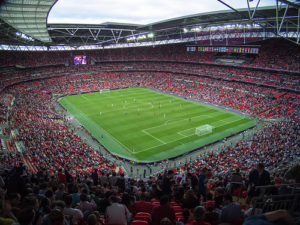 The Spanish giants don’t want to repeat the mistake they made with Neymar, who is now shining with rivals, Barcelona. Vinicius, who currently plies his trade with Flamengo has drawn comparisons with the Brazil superstar, as he combines a deadly array of skills and exceptional finishing.

He has scored 19 goals for Brazil U17s in just 22 matches and is the top player to watch at this year’s FIFA U-17 World Cup to be held later on in the year in India.

The deal won’t go through until next summer when he clocks 18, and is rumoured to be loaned back to the Brazilian giants to aid his first team development. In March 2017, he scored 7 times in the CONMEBOL U17 Championships.