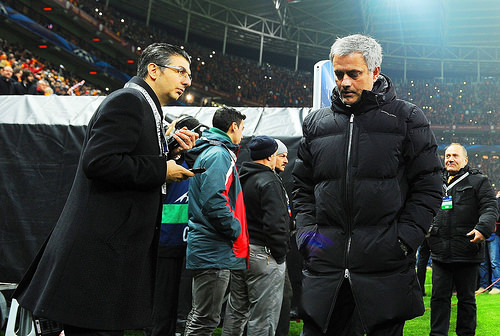 All is rosy in Jose Mourinho’s garden following Manchester United’s fifth straight win in all competitions, a 4-1 thumping of CSKA Moscow in Russia’s capital, and only a masochist would bet against the Red Devils making it six on the spin at home to Crystal Palace.

United’s sole loss so far this term came at the hands of Real Madrid in the European Super Cup, with Stoke the only other outfit to avoid defeat against Mourinho’s men in nine games since.

Palace, on the other hand, have failed to find the net in six Premier League 2017/18 losses, a run that stretches to 10 strike-free defeats in 11 top-flight games since the last week of April.

Seeing off Roy Hodgson’s sorry Eagles would keep United at least joint-top of the pile – alongside neighbours Manchester City – going into October’s international break, but the rest of the month looks dicey for the 20-time champions.

Four away fixtures in a row across three competitions follow World Cup 2018 qualifying, with trips to Jurgen Klopp’s Liverpool and the German tactician’s protégé David Wagner’s in-form Huddersfield in the offing.

Benfica look a soft touch in the Champions League after their 5-0 thumping in Basel, while Swansea should be overmatched in the EFL Cup, but Tottenham’s visit to Old Trafford on the last weekend of the month will provide a sterner test.

The Lilywhites have finished above United for the last couple seasons and triumphed on two of their past five trips to the ‘Theatre of Dreams’, although Mourinho’s hosts managed to sneak a 1-0 win over Mauricio Pochettino and co last December.

Having yet to play a team that finished higher than seventh last term, United’s tricky autumn continues with a visit to champions Chelsea on Bonfire Night.

A change is gonna come

Superstar forwards such as Sadio Mane, Harry Kane and Alvaro Morata should have the nous to exploit the Red Devils’ still-imbalanced defence.

Goalie David de Gea, captain Antonio Valencia and centre-halves Phil Jones and Eric Bailly have all been ever present in the top flight, while left-back duties are shared around between Matteo Darmian, Ashley Young and Daley Blind.

None of that trio are naturals in the position, unlike fallen prodigy Luke Shaw, which showed in Darmian’s case during the 2-2 draw at Stoke earlier this month – the only Premier League match Mourinho’s men have conceded in this term.

Mark Hughes and Eric Maxim Choupo-Moting were able to exploit this chink in United’s armour – better, more expensively-assembled teams should have taken note.