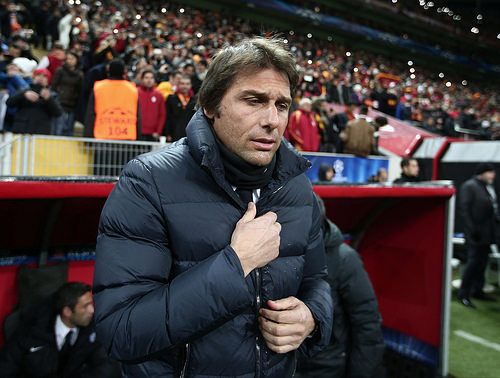 No dog stays the biggest in the yard for very long.

When Roman Abramovich rolled into the Premier League in 2003, chucking around £20m-plus transfer fees like confetti and attracting Europe’s best coaches, it seemed Chelsea would soon dominate Europe.

At the end of Abramovich’s first season as owner, Jose Mourinho – who had just won the Champions League with Porto – was induced to join the West London revolution, eventually achieving tangible success.

After blowing the Red Devils out of the water in the race for Dutch winger Arjen Robben, the Blues managed to wriggle John Obi Mikel out of United’s grasp despite the midfielder signing on at Old Trafford.

Alas, every dog has its day, with Chelsea superseded in the oil billionaire stakes over the past decade, first by Abu Dhabi-backed Manchester City, and now Qatar plaything Paris Saint-Germain.

The Ligue 1 giants somehow got around FIFA Fair Play rules (or at least think they have) to sign forwards Neymar and Kylian Mbappe for the best part of £350m over the summer.

Next year, they’re rumoured to be concentrating on affairs further back.

Despite having Marco Veratti, Adrien Rabiot and Thiago Motta in central midfield, PSG will make a £90m move for France international anchorman N’Golo Kante at the end of the current campaign, according to the Mirror.

The Paris native only moved to England’s capital from Leicester 18 months ago, after the Blues activated the £32m release clause in the 26-year-old’s King Power Stadium contract.

Having proved integral to the Foxes’ shock Premier League title success during his sole term in the Midlands, Kante made it two on the spin under Antonio Conte last season.

Only 18 months into a five-year contract, Chelsea would have no obligation to sell, but given Conte’s future is constantly in doubt, Kante might fancy the switch.