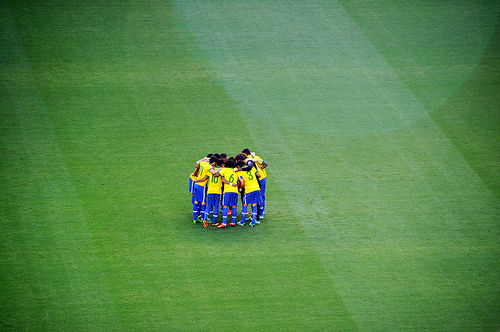 Bagged a clean sheet on debut, with the already-qualified Canarinho’s victory over Chile tasting extra sweet for the 24-year-old as opposite number Claudio Bravo – his deputy at Manchester City – shipped three goals.

Roma stopper Alisson has hardy made the Brazil number one jersey his own in 19 appearances so far, and Ederson is breathing heavily down his neck.

More than 40 years after first attempting to qualify for the greatest show on earth, everything fell into place for Panama’s upcoming World Cup debut in Russia.

As chance would have it, Torres is due back at Seattle Sounders for a massive MLS match against FC Dallas, just six days after preventing the US from reaching the World Cup for the first time since 1986.

All the boos will be worth it.

Got the ball rolling with a 40th-miute opener in Heimir Hallgrimsson’s side’s 2-0 win over Kosovo, which confirmed Iceland as the least-populated nation ever to qualify for the World Cup.

Played every minute but one in Group I and will be ever so important to his country next summer.

When the Albiceleste called, wailing in grief at the prospect of missing out on the biggest stage for the first time in 48 years, the planet’s top dog answered.

Messi braved the thin air in Quito to bag a hat-trick, after Argentina had gone one down to hosts Ecuador.

No doubt Jorge Sampaoli and co think their name’s now on the trophy.

A wonderful club record of 303 goals in fewer than 500 appearances hasn’t quite been translated into big prizes for the 29-year-old, although five Bundesliga titles with Borussia Dortmund and Bayern Munich combined can’t be sniffed at.

Champions League glory may yet elude Lewandowski, but a crack at the World Cup with a Poland side that cruised through UEFA qualifying could make up for it.

Nine goals in six 2017 qualifying matches is approaching phenomenal. He walks into this team.