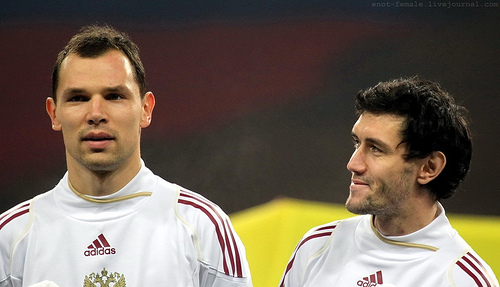 Between 1974-2006, defending World Cup winners were always booked for an opening-match appearance four years on, but the honour has reverted back to the hosts over the past 12 years.

In 2006, Germany saw off a Paulo Wanchope-inspired Costa Rica side 4-2 in a thriller, while Brazil kicked off their ultimately doomed quest in 2014 with a 3-1 cruise past Croatia.

Four years earlier, a distinctly boring World Cup started in a rather grey way, with South Africa held 1-1 against Mexico, followed by a goalless draw between Uruguay and France later that afternoon.

There’s only one game on Word Cup 2018 opening day, and given it features the two lowest-ranked teams at the tournament, we’ll definitely have it on in the background at least. Or listen to it on the radio, maybe.

Perhaps the most interesting thing about Juan Antonio Pizzi’s potential World Cup squad is the smattering of players based in La Liga 2, after Spain and Saudi Arabia’s FAs struck an eyebrow-raising deal – seemingly to mutual benefit – earlier this year.

Pizzi’s side sneaked past Australia into automatic qualifying on goal difference despite having a worse head-to-head record, and are currently the 64th-ranked team in the world, two behind Cape Verde Islands.

They ought to be doomed in a 32-team tournament, but Saudi Arabia’s luck has at least held long enough to be drawn in this weakest of groups imaginable, so who knows?

Fantasy Football put him as a wing-back, and everyone hailed ‘he’s a winger!’ and stuck him in their team. He wasn’t very good. He’s still playing for Russia!

South Africa became the first World Cup hosts not to emerge from their group in 2010, and FIFA’s 61st-ranked side might end up the second, although the bookies currently rate their chances ahead of Egypt and Saudi Arabia, with Uruguay warm favourites to top Group A.

Stanislav Cherchesov’s men haven’t played a competitive match since losing 3-0 to Wales at Euro 2016, haven’t won any of their past eight games at major tournaments, and last made the knockout rounds of the World Cup in 1986, while still the Soviet Union.