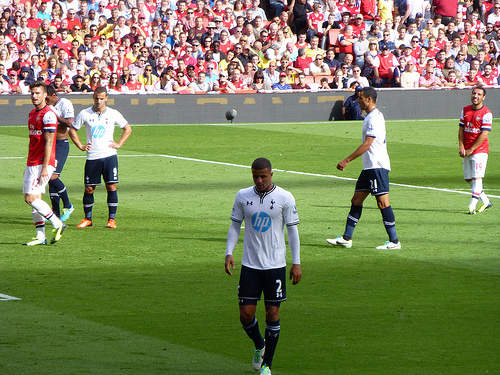 Nothing is Decided in the Premier League with just over a month of the 2016/17 campaign to go.

Even Sunderland, seemingly affixed to the foot of the table having won only once since mid-December, could still muster up enough points to save their top-flight status for another tortuous term.

That seems unlikely, but there are plenty of potential twists and turns ahead, most notably at the top of the table …

Tottenham’s 4-0 win at home to Watford at the weekend made it six Premier League wins on the spin for Mauricio Pochettino’s side, who are unbeaten at White Hart Lane for over 11 months.

Saturday’s visitors Bournemouth will be scrappy after being pulled back into the relegation picture once more in recent weeks, but they should prove easy pickings in the end.

Chelsea do not travel to Manchester United until Sunday, and the Red Devils have lost just once on home soil this season.

It’s nip and tuck directly behind the top two too, with Liverpool a couple of points ahead of fourth-placed Manchester City, though Pep Guardiola’s men have a game in hand.

Both face tricky away trips this weekend, with City off to Southampton and the Reds taking on West Brom at the Hawthorns.

With little between the pair, and Man Utd lurking close behind in fifth, there’s plenty of drama ahead.

Wenger Out On A Limb

All the rumors coming out of Arsenal are that Arsene Wenger has as good as signed a new two-year contract and is merely waiting for the right moment to announce.

Right now, that moment feels a long way away, with loads of Monday’s abysmal 3-0 loss at Crystal Palace seeing the Gunners seemingly entrenched in sixth place.

They’ve got the Monday slot again, away to another side battling relegation, though without as much success as the Eagles, in Middlesbrough.

Would any kind of victory in the north east prompt ‘Le Prof’ to snap the charade and inform increasingly-furious Arsenal fans of his future?

If not, where does all this end?