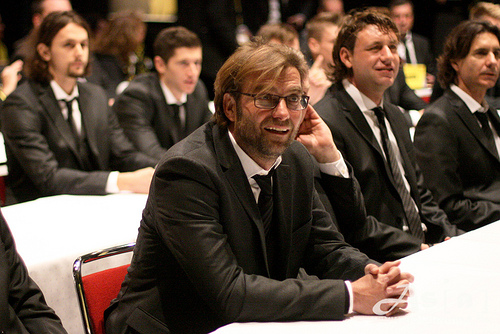 The bookies fancy Liverpool’s chances of returning to the Champions League through a top-four finish this term, Which would count as a great success in Jurgen Klopp’s first full season in charge at Anfield.

The Reds made a profit on transfers last summer, while rivals Manchester United, Manchester City and Arsenal – all of whom are currently below Klopp’s side in the Premier League – splurged around £ 350m combined.

However, Liverpool have conceded more goals than any other top-seven side, shipping in all-but seven of their 32 fixtures so far.

They’re also the top scorers in the division, but as Kevin Keegan at Newcastle and former Reds chief Brendan Rodgers proved in the past, a you-score-four-we’ll-score-five strategy rarely leads to Premier League title success.

Having nurtured the likes of Mario Gotze, Mats Hummels, Marco Reus, Marcel Schmelzer and Ilkay Gundogan from young pretenders to world beaters while at Borussia Dortmund, reports suggest Klopp is staying true to his convictions.

Fledgling Paris Saint-Germain center-half Mahamadou Dembele is the latest youngster blipping along the German’s radar, according to a raft of publications including France’s L’Equipe.

The 18-year-old has yet to kick a ball in anger for PSG’S senior team, but could leave the Parc des Princes on a free transfer this summer if the Ligue 1 giants do not act quickly.

Fulham starlet Ryan Sessegnon should be a name somewhat more familiar to Kopites, after the 16-year-old’s impressive first term in the Cottagers’ first team.

Having only made his league debut at the start of the current Championship campaign, Sessegnon has now turned out 22 times in the second tier, starting 14 games and chipping in with four goals, plus two more in the FA Cup.

According to the Metro, Chelsea, Manchester United and Arsenal have all been credited with interest in the young Londoner, although Liverpool are reportedly making the running.

However, Fulham boss Slavisa Jokanovic has moved to quash speculation, stating that Sessegnon will not be leaving Craven Cottage this summer.

Which team will tinkering Man Utd chief send out against Anderlecht?
Spurs’ onward battle heads 3 things to watch in the EPL this weekend
To Top