Man United only hope of securing a spot in the Champions League next season now rests on them winning the Europa League. The Premier League club will face Dutch side Ajax in the final of the Europe second tier competition.

United made unsuccessful attempts to finish in the top four of the Premier League and have to settle for a sixth place finish but they could still make it to the Champions League if they defeat Ajax at the Friend’s Arena, Stockholm in Sweden on May 24. 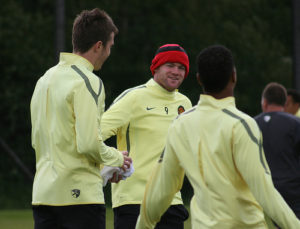 Jose Mourinho, with an eye on the final match, featured a squad of young players in their final league game of the season against Crystal Palace and will now rely on his senior players to push United into the
Champions League.

United will have to up their game as Peter Bosz’s Ajax is known for playing attacking football and have dumped out more experienced sides in the competition en-route to the final, despite having a young squad with most of them 25 years old and below.

Even though the match is taking place at his home country, it will come too soon for Zlatan Ibrahimovic. The United top scorer damaged his knee ligament earlier last month and may have played his last game
for the Reds with his return expected to be next year January. Eric Bailly is also not available following his red card against Celta Vigo, while Marcos Rojo, Ashley Young and Luke Shaw are all out due to
injury.

Source confirms Blues are closer in signing Real Madrid hero, amid Man United interest
Why Chelsea must go all out for this 25-goals hitman
To Top