Real Madrid attacker James Rodriguez could be on his way to Chelsea this summer, according to report from Daily Star.

The 25-year-old forward has been linked with a move away from the Santiago Bernabeu after falling down the pecking order with Cristiano Ronaldo, Karim Benzema and Gareth Balled preferred ahead of him. 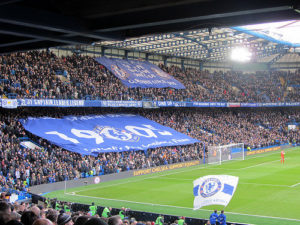 The Golden Boot winner at the 2014 World Cup has been on the radar of Manchester United for quite a while with Jose Mourinho keen to add more firepower to his  squad, but as per Eduardo Inda via the Spanish TV programmer El Chiringuito de Jugones, Chelsea is more likely the next destination for the midfielder.

Antonio Conte is also on the lookout to bolster his squad with more demands on their schedule next season and Inda claimed James could be wearing the the Premier League champions jersey next season.

However, his assertion may have stemmed from the potential absence of Champions League football at Old Trafford next season. Winning the Europa League remains United only hope of qualifying for the
competition.

The Spanish journalist also claimed both Ronaldo and Marcelo have tried to talk the Colombian international out of leaving Madrid but the former Monaco star is not happy with his lack of playing time
under coach Zinedine Zidane and he is intent on quitting the newly crowned La Liga champions in search of regular football with the 2018 world cup around the corner.

Rodriguez has started just 17 games this season and was left out of the squad that faced Atletico Madrid in both legs of the semi-final. His place in the final match against Juventus is also in doubt.