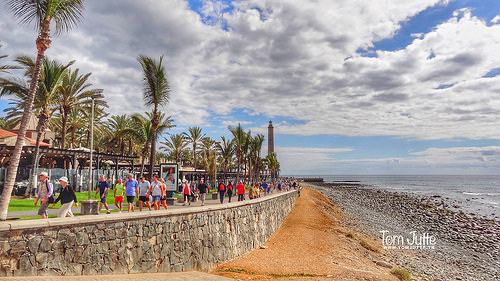 Whisper it, but England have started producing a glut of good young players, with the U20s and U17s winning their World Cups last year, and the U19s seeing off all-comers at the Euros.

So much so, it seems, that you could finally make a decent 5-a-side team out of England youngsters either temporarily or permanently stationed on the continent. Apart from in goal, maybe…

By far the trickiest position to fill, but Graham Potter’s Allsvenskan marvels are always good for an Englishman, the Solihull native’s first-team squad currently containing three.

With two appearances on the bench in the Europa League earlier this season, 23-year-old Mills – formerly of Macclesfield and Swedish small fry Friska Viljor – has a battle on his hands to dislodge number one Aly Keita and first reserve Andreas Andersson.

Squeaks in ahead of relatively unknown teammate Mandela Egbo by virtue of five Bundesliga starts and a substitute’s appearance for Germany’s eighth-placed side, compared to the former Crystal Palace trainee’s one outing from the bench.

They, alongside RB Leipzig, would like to sign the 19-year-old permanently, but David Moyes would be crazy to countenance the reported £18m move.

The inspiration for this piece following the former Arsenal youngster’s swift elevation from Emirates hopeful to Barca starlet.

McGuane came off the bench twice for the Gunners in the Europa League early in this campaign, but the South Londoner left for Camp Nou at the end of January, making his first appearance as a substitute in Los Blaugrana’s Supercopa de Catalunya win over Espanyol.

With England crying out for top-class defensive midfielders ahead of the World Cup (and forevermore), expect to hear plenty about the 19-year-old’s progress.

The Portsmouth native set sail for the Netherlands last summer with a new four-year contract at Chelsea in the bag, and while the Blues send plenty of young bucks Vitesse’s way, few prove quite as successful.

Mount has just added the Eredivisie Talent of the Month for January to a trophy cabinet already replete with a European Championships U19s winners’ medal, Golden Player accolade, and Team of the Tournament selection.

With seven goals in 22 league appearances in Holland, this young Englishman appears ahead of schedule.

Nabbed by Manchester City from Watford for no more than £500,000 three years ago, Sancho – who is yet to turn 18 at the time of writing – took a leap into the unknown last summer when heading for Dortmund in an £8m move.

The Londoner had to sit out England U17s run to World Cup glory in November, being pulled from the tournament by his new club before the last 16, but six Bundesliga outings already will be some consolation.

Sancho scored 14 times in 18 games for the U17s, so the goals shouldn’t be far away.

Man Utd frontman fits all the key trends for World Cup Golden Boot glory
Would Man Utd’s surprising star make the World Cup 2018 plane if he was English?
To Top