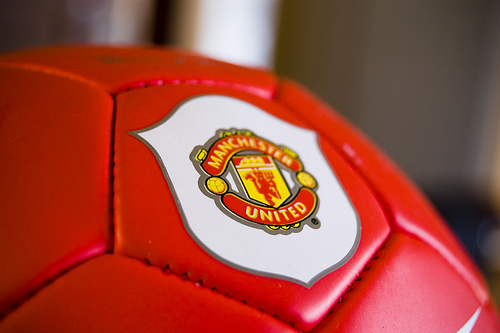 Only one of the past eight world champions had the tournament Golden Boot winner within their ranks – Ronaldo in 2002, for your information.

Thomas Muller almost broke the trend four years ago, when a goal in the final would have seen him wrest the prize from Colombia’s James Rodriguez, having bagged the boot in 2010 when his country finished third.

Since 1986, the average finishing position of the Golden Boot winner has been before the semi-finals, although four of the last eight have gone home with Bronze medals alongside the glitzy trophy.

The bookies have done their homework, with the field priced up like a highly competitive Aintree Hurdle – you can have double figures about any player if you shop around.

Many will struggle to ignore the claims of Lionel Messi, Neymar and Cristiano Ronaldo, currently the first three in the betting, but the trio have had seven previous opportunities combined without topping the pile.

Chelsea’s Alvaro Morata has a fine record of 13 goals in 23 internationals, but with Diego Costa as direct competition for Spain’s number 9 jersey, the 25-year-old isn’t worth the risk at around the 22/1 mark.

The wisdom of Harry Kane at no better than 18/1 (at present) will likely depend on whether England can make the last eight, where they finished the last time the Golden Boot landed on these shores courtesy of Gary Lineker in 1986.

Given the Three Lions haven’t made it that far in their past two World Cup appearances, and ante-post status as shaky seventh-favourites for Russia, according to Oddschecker.com’s top prices, that seems a little on the short side, but it was ever thus with England.

The Premier League player that sticks out is Romelu Lukaku, based on his spectacular goalscoring form on the international stage, solid progress at Manchester United, lack of competition up front, and Belgium’s likely route to the latter rounds.

Lukaku and co managed a last-eight berth four years ago despite being many World Cup watchers’ biggest disappointments, with Kevin De Bruyne, Toby Alderweireld, Eden Hazard and other household names hardened by the limp 1-0 loss against Argentina.

Their big-name forward had been banished to the bench behind Divock Origi by then, following a slow start to the tournament, but Lukaku’s 21 goals since have seen off the former Liverpool man and all others.

All-but one of those efforts came over his past 23 international appearances, a phenomenal recent run that has already made Lukaku Belgium’s all-time top scorer on 31 goals.

He has eight in his last 11 games for United and 23 all told for the ‘other’ Red Devils since the start of the campaign, including two away to CSKA Moscow in the Champions League last September.

At a best price of 25/1, Lukaku gets the Footall.com vote for top World Cup 2018 Golden Boot pick, and with Cash Out now a feature of football betting, there must be some value amongst the rank outsiders.

Could it happen again?

Lest we forget, Oleg Salenko tied with Hristo Stoichkov (also a huge outsider) at the top of World Cup 1994’s scoring charts, despite Russia crashing out at the group stage.

The circumstances were obviously unusual, with Salenko bagging five in a 6-1 dead rubber against Cameroon, but if it can be done again, Denmark’s Nicolai Jorgensen looks the darkest of dark horses at around 150/1.

Feyenoord’s forward helped the Rotterdam outfit to their first Eredivisie in over a quarter of a century last term, topping the Dutch scoring charts in his first season at the club with 21 goals.

He hasn’t fared as well in this campaign, with nine in 27 all-competition appearances, but looks a banker to start up front for Age Hareide’s side this summer.

Eight in 28 for his country isn’t a spectacular return, with Tottenham’s Christian Eriksen hoovering up a whopping 15 for the Danes over the past couple of years.

However, with the prospect of group-stage joy against Australia and possibly Peru, if not France, Denmark are interesting outsiders, with both Eriksen and Jorgensen unlikely yet intriguing Golden Boot contenders.

Disclaimer – Muller, who has 10 World Cup goals and is still only 28, is always the best bet available.

How do you solve a problem like VAR?
Arsenal and Man City castaways spearhead our ‘England Abroad’ 5-a-side team
To Top