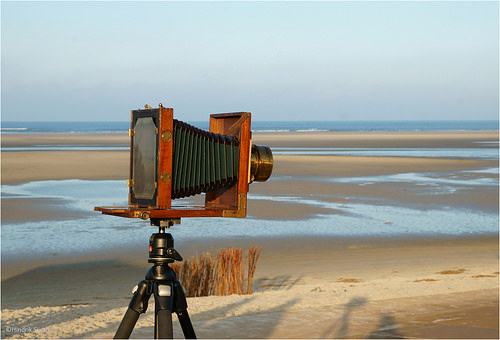 It all started quite positively, the first VAR goal in English football coming with a smile and a flourish from referee John Moss in Leicester’s 3rd round FA Cup replay against Fleetwood

Iheanacho has the ball in the net AGAIN with a delightful lofted finish over the ‘keeper, but the offside flag denies him a second goal.

But wait…! Thanks to VAR, it’s a GOALLLLL!

Iheanacho does appear to be onside, but the decision was marginal enough to open up the process to fresh scrutiny and criticism.

‘Don’t complicate the game, the game is beautiful like it is’ #Fleetwood head coach Uwe Rosler isn’t a fan of VAR after it was used for the first time to award a goal in last night’s #FACup defeat at #Leicester

The scope of VRA began to be called into question quickly, with some decisions referred and others ignored.

Last night we saw VAR at its best to correctly decide that Iheanacho was onside for his Leicester City goal. Tonight at its worst, as referee Graham Scott failed to refer the Willian Chelsea incident, and the VAR ref (Mike Jones) didn’t correct it. First major VAR controversy.

Should Man Utd’s goal have stood?

Luckily for VAR, United didn’t need the goal. If this decision had affected the result, the technology would have even more serious questions hanging over it.

The wobble, the new lines not matching with lines on the pitch…these were horrible mistakes.

Hawk-Eye felt moved to apologise and insist the images shown were not those used to disallow the goal, which didn’t really help.

The most recent controversy was just as baffling in its own way.

Spurs thought they had the lead, but Fernando Llorente was judged to have committed a foul.

Again, because the affected side managed to qualify with room to spare, Spurs thumping Rochdale 6-1, they felt able to joke about it.

Heung-Min Son after Fernando Llorente got his hat-trick. 😂 #VAR pic.twitter.com/D8zhx3VN1M

VAR is a hot topic globally ahead of the World Cup, with the system confirmed for Russia over the past few days, and enthusiasts believe the Premier League should also adopt as quickly as possible.

“We’ve analysed almost 1,000 games and the reality is you lose an average of 90 seconds per game. Is that too long?”
– David Elleray, IFAB technical chief and an architect of VAR.
Interview and analysis: https://t.co/kllKwBzYdi

VAR may be experiencing teething problems, but the lack of communication with fans needs to be resolved – frankly, if rugby TMO decisions can be played on big screens, football should as well.

If doing so causes more confusion, delay, hostility in the crowd, etc., then maybe football needs to take another look. Nobody ever thought this would be easy.

Beyond that, there are many unintended consequences…

.@petercrouch: Arsene Wenger STILL hasn’t solved problems he’s had for years, and why VAR would have ruined my robot https://t.co/d772V03s5I pic.twitter.com/2zMQKW1qIS

Roll on the World Cup and late rounds of the FA Cup. They should be interesting.