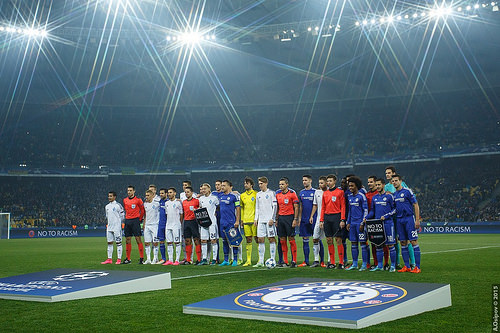 England’s squad announcement will mop up headlines this side of the Channel, but with a raft of international friendlies during the double-billed break, now’s the time to take note of nations’ World Cup plans.

Only a few countries have put forward their rosters for the pre-Easter fixtures, but there has already been a few exciting additions and eyebrow-raising admissions.

Chelsea fans will feel Marcos Alonso’s elevation to Spain’s squad has taken a tad too long, with the 27-year-old not appearing for his country at any level since a fistful of U19 appearances almost a decade ago.

He’s joined by fellow first-time call-ups Rodri of Villarreal and Valencia’s Daniel Parejo, a 28-year-old veteran of over 250 appearances for Los Che.

Manchester United’s Juan Mata also misses the matches against Germany and Argentina, having failed to make a Spain squad since the former Real Madrid and Barcelona goalkeeper took over 20 months ago.

France have also made a number of interesting selections ahead of clashes with Colombia and Russia, including Paris Saint-Germain’s new number one Alphonse Areola, who can expect to make his debut after being called up by coach Didier Deschamps before.

Two new 22-year-old centre-halves, in PSG’s Presnel Kimpembe and Atletico Madrid’s Lucas Hernandez, are surely competing for one place on the plane to Russia, with the latter’s experience at left-back potentially working in his favour.

Striker Wissam Ben Yedder is Deschamps’ most eye-catching pick, given the Sevilla forward blew Manchester United out of Europe with two goals in five minutes after coming on late for his side at Old Trafford.

Only Cristiano Ronaldo has more Champions League goals in 2017/18 than the uncapped 28-year-old, with Ben Yedder bagging a whopping tally of 107 strikes all told over the past six seasons at Toulouse and Sevilla.