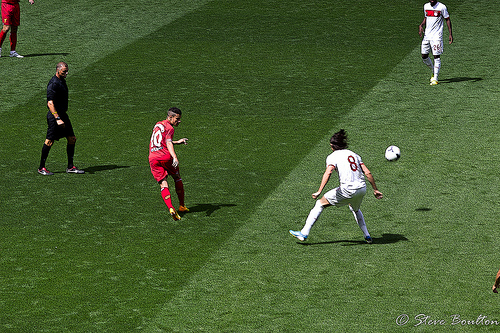 It seems the UK’s Brexit contingency aren’t the only crowd who don’t know how to haggle.

After failing with reported bids of up to £130m during the summer, Barcelona are thought to be back in the hunt for Liverpool attacking midfielder Philippe Coutinho.

How much are they willing to pay now? £97m, apparently.

You can imagine the negotiations:

Barca appear to be banking on Coutinho forcing his way out of the Anfield door, which worked so well over the summer.

The 25-year-old can hardly run down his contract, having agreed to extend his stay on Merseyside until 2022 last January, which probably wasn’t a smart move.

In fairness to Los Blaugrana, the Daily Mail’s reporting of this rumour – by way of Spanish paper Mundo Deportivo – seems a bit suspect.

They believe Barca have been spurred back into action because of new £135m signing Ousmane Dembele’s injury, with the young Frenchman set to be out for four months.

Do the maths – four months from now takes us to the start of February, just after the close of the winter transfer window.

Even if the La Liga giants manage to land Coutinho in the first week of the window, Dembele is scheduled to be back four games later, so rushing through a deal doesn’t make as much sense as these corners of the Spanish and English press suggest.

The Sun pushes the envelope even further, claiming Barca have set a £100m limit on what they’re willing to pay, despite Liverpool’s supposed valuation of £177.5m, or €200m.

A wise person once said, never trust round numbers.

Expect this one to run and run until Liverpool finally get sick of the situation.