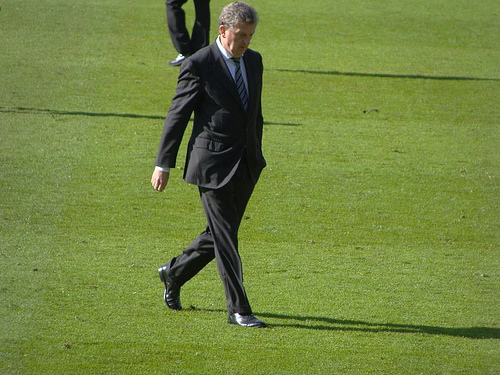 Christian Benteke’s injury has left Crystal Palace desperately light up front, with Connor Wickham – the only other senior striker in Roy Hodgson’s squad – still recovering from a knee problem sustained almost a year ago.

Benteke is set to be on the sidelines until mid-November at the earliest, having hobbled off in the second half of the Eagles’ 5-0 loss at Manchester City last month, and the list of potential names to replace him makes for stark reading.

Rickie Lambert, who played under Hodgson for England at the last World Cup, ruled himself out of contention by retiring earlier this week, which seems a bit drastic.

Alberto Gilardino, once a €25m signing for Milan, is also off the agenda after agreeing a deal with Serie B outfit Spezia.

That seems to leave Carlton Cole, who many Palace fans will be relieved to hear hasn’t been contacted yet, but would be open to such a switch.

Extreme times call for extreme measures, and Hodgson may be best served by looking into the loan arrangement agreed with League Two Swindon for Keshi Anderson’s services.

The 22-year-old Luton native looks to have hit his stride in Wiltshire, bagging two in his past four appearances and adding an assist last time out in the Robins’ 2-0 win over Cambridge United.

Nine goals in 36 league outings on loan at Swindon, Northampton, Bolton and Doncaster – with a third of those appearances from the substitutes bench – over the past two-and-a-bit seasons is hardly a shabby return.

Only a fool would suggest Anderson can save the Eagles’ season, with Hodgson and co goalless after seven Premier League fixtures.