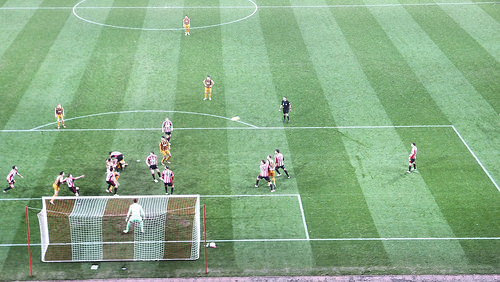 Feel free to disagree. We could have omitted Hull or added Grimsby, meaning a bumper future Yorkshire section either way.

Middlesbrough look likeliest to tussle for local superiority with Newcastle next term, should the Geordies retain their Premier League status, but Garry Monk’s men rate the best of a bad bunch.

Last season’s top-flight relegatees have only managed to string two Championship victories together once this season, and they came all the way back in mid-August.

One league win in five sees Monk’s side slap bang in the mid-table obscurity of 11th, four points off the play-off places after 11 games, but it could be worse.

Each of those opponents are in this week’s bottom four, but with Jarrod Bowen currently joint-top of the scoring charts on seven goals, and experienced heads such as Michael Dawson and Seb Larsson still around, there’s hope.

Even Sunderland, the last of 2016/17’s relegated Premier League trio, will feel a little spring in their step after battling back for a point away to in-form Preston at Deepdale.

The Black Cats went to the North West off the back of two Championship defeats on the bounce, including a 5-2 humbling at Ipswich, and had only secured one other point – at Hull – from their previous seven outings.

Simon Grayson’s second-bottom strugglers at least have safety in their sights, with Brentford, Reading and Burton all just a couple of points in the distance, but the outlook remains bleak.

Here’s how the North West clubs were getting on last week.