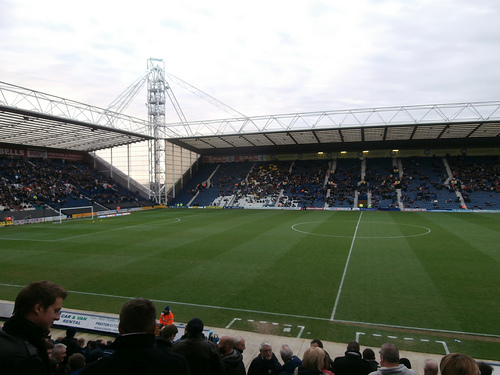 Despite losing ground on joint leaders Leeds, Wolves and Cardiff over the weekend, Preston are by far the best side in the region outside the top tier at present, sitting fifth having lost just once in nine games.

Pity Simon Grayson, who left Preston for Sunderland during the summer and now looks mired in a relegation battle, with the Black Cats third bottom on just six points.

Only newly-promoted Bolton, with a worrying tally of two points from 27 available, and Birmingham have returned fewer than Grayson’s strugglers.

Prior to the weekend, Wigan, Blackpool, Fleetwood and Blackburn were all sitting relatively pretty in ninth place and upwards.

Only one went onto avoid defeat in Gameweek 9, but with just 11 points separating top and 14th, fresh North West representation in the Championship next term looks a good bet.

Bumping along the bottom are Oldham, on four measly points, Bury with six and Rochdale on nine.

Accrington last played in the third tier of English football 57 years ago, and fell to the depths of North West Counties League Division One in the meantime.

They’ve fallen at the playoff semi-final hurdle twice in the past seven seasons, both times under current gaffer John Coleman, most recently 18 months ago.

Coleman’s crowd lie five points off top spot in fourth, after losing just one of their last seven in the league. Bridging the gap to 1960 looks within their powers.

Rounding off proceedings for the Football League’s current North West contingent are Crewe and Morecambe, 16th and 18th in League Two on 11 and nine points respectively, with the former in particular dropping like a stone.

Crewe have lost five of their past six fixtures in all competitions, with their last couple of League Two matches combined seeing David Artell’s men hit for eight without reply.