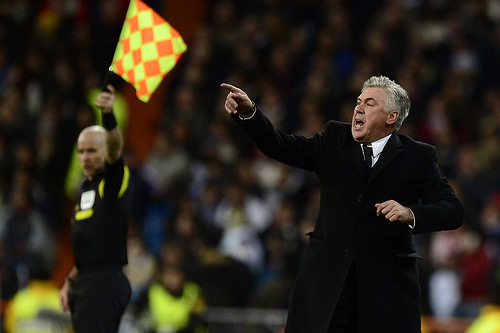 As flagged up on these pages prior to the midweek Champions League fixtures, FCB’s 2-0 loss at Hoffenheim – managed by highly-rated 30-year-old Julian Nagelsmann – and home draw with Wolfsburg had loaded pressure onto Ancelotti’s shoulders.

When news broke of the veteran Italian’s forced departure, the betting firms initially saw former Borussia Dortmund and Mainz chief Thomas Tuchel as the likely successor, although Nagelsmann also attracted some interest in the markets.

Another ex-Dortmund and Mainz gaffer, Liverpool’s Jurgen Klopp, was also thought of as a likely target of the Allianz Arena outfit.

It seems Tuchel’s availability – being the only manager of the trio currently jobless – had skewed the 44-year-old’s odds, along with the market’s clear lack of belief in Bayern appointing a manager younger than six of the first-team squad.

That looks very much in the offing going by the odds, with club legend and current caretaker Willy Sagnol – formerly Ancelotti’s assistant – the only other candidate shorter than double figures in the betting.

A gamble either way

Considering Sagnol’s only experience in a top job comes from a failed stint at Bordeaux a few years ago, the 40-year-old seems unlikely to be entrusted with the Bayern reins, although giving the gig to Nagelsmann also constitutes a risk.

The Bavarian rose through the youth coaching ranks at Augsburg, 1860 Munich and Hoffenheim after injuries cut short his career as a centre-half, overseeing the development of players such as Sebastian Rudy, Roberto Firmino and Kevin Volland at the latter.

Die Kraichgauer made Nagelsmann the youngest Bundesliga manager in history when they handed him the keys to Rhein-Neckar-Arena in February 2016, with the club mired in relegation strife.

He kept them up, they clambered all the way up to fourth last term, and now sit second, ahead of Bayern.