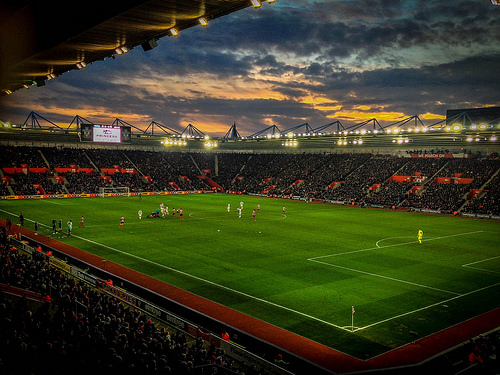 It’s Footall.com’s first Premier League 5-a-side Team of the Week, and there’s really only one rule – one player per team, no exceptions.

The England stopper shipped two goals against Stoke, both headers, and only found his man half the time, but Forster made five saves including one from a Saido Berahino penalty.

On a 5-a-side team, shot-stopping skills are prized above all others, although an honourable mention must also go to dominant Manchester City number one Ederson.

Yedlin was the only Magpies man to break the top five for pass-completion rate in their 1-1 draw at home to Liverpool, hitting the mark with 21 of his 23 balls.

That’s not bad going considering the US international was having to face down the likes of Sadio Mane, Daniel Sturridge and Philippe Coutinho.

With a couple of tackles to his name to boot, Yedlin gets the nod at the back.

The all-action former England U21, squeezed out of Swansea by Roque Mesa’s arrival over the summer, was excellent once again in the Clarets’ 1-0 win at Everton.

Cork made four tackles, completed two dribbles and also got off a shot.

Of the away contingent, only Stephen Ward had more touches of the ball than the 28-year-old, whose 77.4 per cent pass rate comfortably outstripped all his teammates.

Pep Guardiola may be playing him further back these days, but with a whopping return of six chances created and a goal scored away to champions Chelsea, De Bruyne gets the nod behind the striker in our side.

Five shots, two goals (one coming at the end of a dribble), two tackles, 13 successful passes from 14 attempts, and a chance created – Kane can’t be left out of any composite team right now.