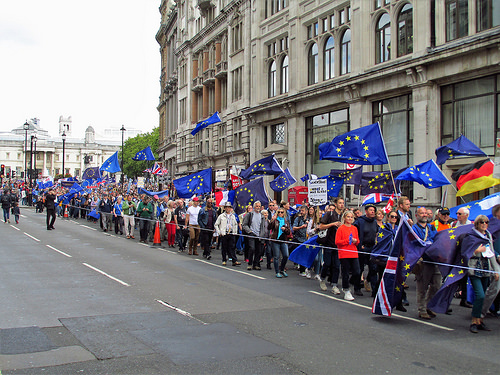 Football is going through a sustained money boom, but the bubbling of oil on the surface gives away it’s propensity to burst.

City have spent over half a billion net in the past five years, £80m more than neighbours Manchester United and around the same as the next three Premier League clubs in the list, Chelsea, Arsenal and Everton, combined.

PSG somehow managed to fox UEFA’s Financial Fair Play bods into letting them acquire Neymar for a record €222m and €170m teenager Kylian Mbappe over the summer, provided they pay for the latter later.

It’s hard to source definitive figures on wages, but Neymar is said to earn €3m a month in the French capital, which is just behind reported best paid player in the world Carlos Tevez of Chinese Super League side Shanghai Shenua.

This is not sustainable, nor should it be, but a soft landing would be better than the potential collapse on the way.

We’re eight years into a ‘bull market’ or prosperous leg of the financial cycle on both sides of the Atlantic, which tends to be around the time recessions sneak up.

Brexit threatens to induce the downturn anyway, through curbs on freedom of movement and erecting trade barriers where there weren’t really any before.

Post-Brexit work permits are causing conflict between the Premier League and the FA, with Greg Clarke – the under-fire chairman of the latter – suggesting he’d like ‘a few less journeyman international players’, whatever that means in policy terms.

Any attempt to make it harder for foreign players to join Premier League sides will inevitably impact recruitment in a division that relies heavily on imports, while the exclusionary tone – from Clarke and prominent Brexiteers – isn’t a good look.

Furthermore, while the EPL is awash with TV money, that bounty isn’t guaranteed to be around for everyone given last season’s top six are already angling for larger slices than they get from the more equitable deal currently shared.

City and other moneybags spending like drunken sailors is also inflating others’ capacity to fund transfers.

Spurs, who look their closest challengers on the pitch right now, made money during the summer, largely thanks to City coughing up around £50m for right-back Kyle Walker.

In Spain, TV and prize money has finally been equalled out (to an extent) after years of favouring the big two, but Catalonian independence is a new threat.

The recent announcement by the Spanish Government that separation is on the table, albeit in an awkward form, means years of political uncertainty ahead in a country that looks capable of fracturing into at least two parts, but probably more.

Barcelona were forced to play behind closed doors on the day of the referendum vote, Gerard Pique has copped tons of flak simply for being vaguely political, and President Josep Maria Bartomeu even suggested they could leave La Liga, though took it back quickly.

Catalan independence would prompt similar challenges to Brexit, with the logistics of leaving Spain, and probably re-joining the EU, likely to cause economic logjams.

With the sentiment for these secessions in large part due to ‘working-class’ people’s disdain for individuals, such as politicians and big business leaders, getting high on the hog at their expense, footballers should tread carefully.

The EPL seems particularly vulnerable to being hollowed out given the prevalence of foreign owners, increasingly Americans, some of whom – such as former Liverpool ‘custodians’ Tom Hicks and George Gillet – are unashamedly only in it for the money.

Others, like ex-Aston Villa owner Randy Lerner and Sunderland’s Ellis Short, forget to bring their wallets, or anything resembling a football brain, then sell up in a huff.

The Glaziers at Man Utd have done a little better, largely by latching onto the coat-tails of the club’s history, while the jury’s still out on Fenway Sports Group at Anfield, but the signs haven’t been terribly encouraging.

Chinese owners at West Brom, Wolves, Aston Villa and Birmingham operate at the whim of their government, which is currently more bearish than bullish, while even the original big spender, Chelsea’s Roman Abramovich, has been watching the roubles of late.

During the last financial crash between 2008-2010, only City – freshly flush from their takeover – spent big money (over £250m) while the rest of last season’s top six combined turned a profit.*

Should we dip into another downturn, fuelled by cross-continental divisions and distaste for high earners, City, Paris Saint-Germain, possibly Man Utd, Real Madrid and maybe the next plaything could be the only buyers keeping the market afloat.

That wouldn’t be good for a game reliant on keeping fans happy, with plenty mad enough already.

*Real Madrid also spent like drunken sailors during this period, but they do get state aid.

There might be something in Man City to Liverpool clickbait-worthy rumour
Secret lives of footballers: Part One – The former Arsenal favourite trying to save the planet
To Top