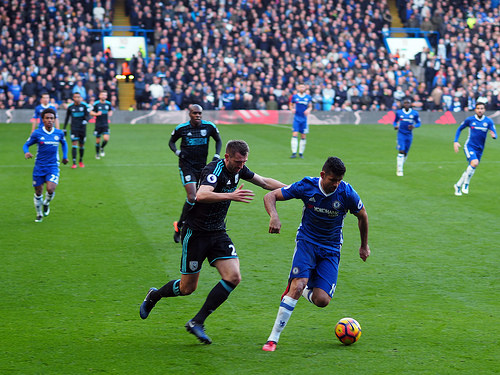 The glut of important matches, including home games against in-form Watford and Manchester United plus a visit to the Eternal City, have come around at a bad time.

Tiemoue Bakayoko’s fitness is now crucial, with gaffer Antonio Conte – who has plenty of centre-halves available – one injury away from pushing David Luiz into midfield.

Given the obvious weaknesses of number 10-type Cesc Fabregas replacing the all-action former Leicester pair, Luiz may get the call either way.

At left wing-back, Italy international Davide Zappacosta comes in as a straight swap for Moses and could hardly have picked a better time for his Champions League debut.

Up front, Michy Batshuayi’s troubled display in the loss at Palace – where he was replaced before the hour mark – has led to talk of Morata’s quick return against the Giallorossi.

Conte admits he has to take risks with his first XI, blaming the amount of games and the unreadiness of much of his squad to turn out on Tuesdays on Wednesdays as well as Saturdays and Sundays.

Rumours that the former Italy boss won’t start another season in West London persist after an unfulfilling summer transfer window.

Five senior players were acquired at a cost of over £180m, but after sales – including Diego Costa’s upcoming move back to Atletico Madrid – only £20m was put on the table by owner Roman Abramovich.

Conte pushed for more and better players knowing the demands of the Champions League would punish his title-winning squad, which lost £40m midfielder Nemanja Matic to former boss Jose Mourinho and the Red Devils.

Beating Atletico away afforded Chelsea some space in Group C, but anything except a win at home to Roma would ensure a draining three-way battle for the top two spots.

With Chelsea nine points off the Premier League summit and looking unlikely to become the first team this decade to retain the trophy, that’s surely a battle Conte would rather skip.