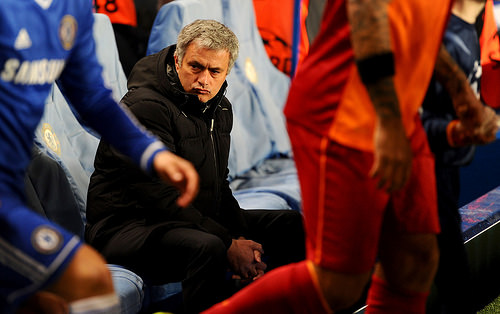 Shaw arrived at Old Trafford in a fanfare from Southampton three-and-a-half years ago for £30m, becoming the world’s most expensive teenager at the time.

It hasn’t quite worked out, with fleeting promising performances punctuated by injury and apparent mistrust under Jose Mourinho.

A broken leg kept the left back out for most of 2015/16, then a groin injury and foot surgery hampered his long recovery last season, limiting Shaw to 16 starts all told during Mourinho’s first term at the Old Trafford helm.

The 22-year-old returned in mid-August, but is apparently being eased back into the team with the most delicate of kid gloves, if at all.

Despite Mourinho’s obvious dissatisfaction with his left-back options, Shaw has only managed to displace Matteo Darmian, Daley Blind and Ashley Young for 45 minutes so far.

Those three misfits – a right back, a utility man and a 30-something winger, are currently sharing the role ahead of a youngster with seven England caps who last played for the Three Lions as recently as March.

Mourinho questioned Shaw’s commitment last April and let him know exactly where he stood in the Old Trafford pecking order, with opinions seemingly unchanged since.

In an odd twist to the saga, United took the option to extend Shaw’s contract for another year until 2019, but if his boss won’t play him, a summer move looks likely.

Alex Oxlade-Chamberlain fetched £35m with a year left on his Arsenal deal last month, so United recouping their money on Shaw seem certain.

Swapping the Londoner with Spurs’ wantaway Northerner Danny Rose has even been mooted in some corners of the press.

Of course, a miracle could happen and Shaw could finally grab a run of games under Mourinho, show the Special One what he can do – think Henrikh Mkhitaryan from December onwards – and perhaps snag a place at World Cup 2018.

Mourinho has Shaw in his squad for United’s Champions League clash away to Benfica, a match they can comfortably draw after taking control of Group A.

With a lack of options at centre half, and right back Antonio Valencia generally rested for non-Premier League matches, Shaw has a shot at some game time in a stretched defence.

He needs those minutes.