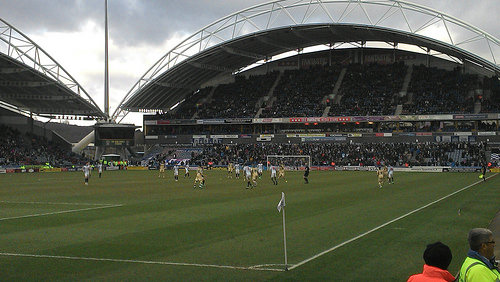 Winless in six Premier League fixtures since banking six points over the first two weekends of the campaign, Huddersfield are struggling.

David Wagner’s promoted outfit have lost three of their past four in all competitions, going down 4-0 against Tottenham in their last home fixture prior to the international break.

Such form has led bookmakers and pundits to write off the Terriers’ chances at home to high-flying Manchester United, but the stats paint a slightly different picture.

Before the battering from Spurs, Huddersfield hadn’t lost at home in five all-competition fixtures dating back to early May.

That 3-0 defeat to Cardiff came after Wagner and co had qualified for the Championship playoffs they ultimately won.

Since promotion, Newcastle and Rotherham (EFL Cup) have been put to the sword at the John Smith’s Stadium, while both Southampton and Leicester left West Yorkshire with just a point for their troubles.

United may be second in the table and faultless in the Champions League this term, but their domestic away from leaves something to be desired.

Each of their two Premier League 2017/18 draws have come on the road, at Stoke seven weeks ago and Liverpool last time out.

Another recent EPL away performance – the 1-0 victory over Southampton – was far from vintage either.

The Red Devils’ respective home and away goal tallies in the top flight tell their own story, with 14 bagged at Old Trafford compared to just seven on their travels in as many matches.

Furthermore, United are hardly fighting fit for the fixture.

For Huddersfield, record signing Steve Mounie returns up front after five games on the sidelines.

With 11 of the 13 players Wagner started in Huddersfield’s pair of Premier League triumphs available when Mourinho’s crowd come to town, this fight shouldn’t be called before it’s begun.