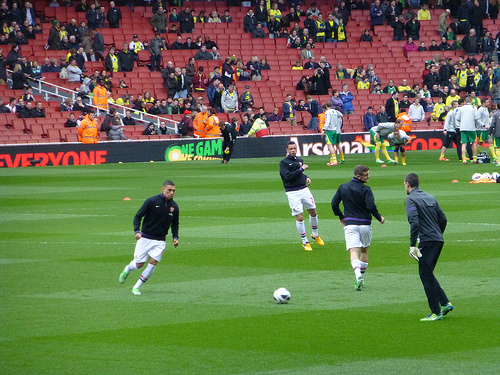 It never quite worked out for Alex Oxlade-Chamberlain at Arsenal.

The Gunners raking in £35m for any player with just a year left to run on his contract would rank as a great achievement just a few short years ago.

Now, with transfer fees skyrocketing, the services of young men with much yet to prove command such riches.

The Ox appeared in just 134 of Arsenal’s 231 Premier League games during his Emirates spell, coming on as a substitute almost half the time.

Only nine goals and 14 assists over six top-flight years isn’t a good return for a first-and-foremost attacking player, often pitched out wide or either side of the striker in a 4-2-3-1 formation.

That’s where he has been playing for England since coming off the bench to open the scoring in the 2-2 draw away to Scotland in June.

Oxlade-Chamberlain looks sure to keep his place after starting the past three fixtures under Gareth Southgate in an advanced position, having been risked in a midfield two during the 2-0 win over Lithuania in March.

He needs a boost, after being afforded just 74 minutes of Premier League and Champions League action in five games since arriving at Anfield, plus a full EFL Cup outing in the 2-0 loss at Leicester.

The Reds have won just once since the former Southampton starlet’s arrival, yet Oxlade-Chamberlain’s route to the first team does not look straightforward.

Mo Salah, Philippe Coutinho, Roberto Firmino and Sadio Mane will be difficult to get ahead of up front.

Further back in midfield the likes of Jordan Henderson, Emre Can and Georginio Wijnaldum aren’t quite as solid, but gaffer Jurgen Klopp has pitched Oxlade-Chamberlain into battle as a forward so far.

Add in the impending return of Adam Lallana, and it feels like the Ox has been brought in as a very expensive fringe player, or ready-to-go substitute if/when another gets injured or bought.

With that in mind, he needs to put his hands up by making the most of his minutes on the Wembley stage.