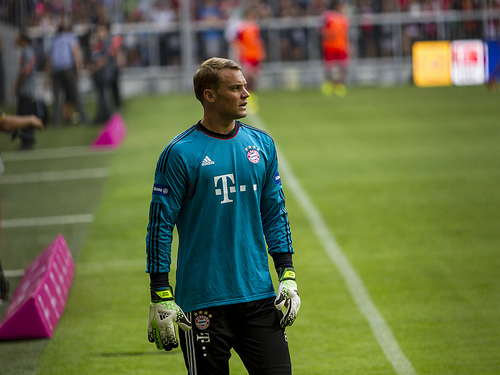 Fortune has been kind to Northern Ireland in recent years, and the Green and White army could hardly be hosting holders Germany in World Cup 2018 qualifying at a better time.

A run of five wins on the spin means Michael O’Neill’s men secured at least second place in Group C ahead of time, but they’re not yet assured a play-off spot on 19 points.

Beating Joachim Low’s world champions would take Northern Ireland over the line and keep them in the hunt for top spot, based on an unlikely German humbling at home to Azerbaijan in their last fixture.

There’s little doubt they’ll get a result in Kaiserslautern, but Windsor Park could be a different story, given the players Low is missing.

Captain and keeper Manuel Neuer is still out injured, and his defensive teammates at Bayern Munich – likely to make up at least three-quarters of Germany’s backline – have been having a bad time of it recently.

Right-back Joshua Kimmich has played every minute of Bayern’s wretched three-game run, punctuated by the 3-0 Champions League loss away to Paris Saint-Germain which saw boss Carlo Ancelotti lose his job.

Mats Hummels, Jerome Boateng and Niklas Sule have also been culpable in a defence that has leaked seven goals in their past three games, all away from home.

That back four may well line up in Belfast.

Germany’s midfield isn’t as strong as it should be either, with Sami Khedira, Mesut Ozil, Julian Weigl and Ilkay Gundogan all left at home for one reason or another, while Marco Reus has been out of action since the end of last term.

Up front, Group C top scorer Thomas Muller’s goals dried up in recent rounds, with a return of four in his first two games followed by just one from the past five.

Being world champions, Low still has plenty of class at his disposal, including Real Madrid maestro Toni Kroos in midfield and lethal-looking Manchester City youngster Leroy Sane on the wing.

Germany look vulnerable though, and Northern Ireland’s merry collective unit might never get a better chance to beat them.