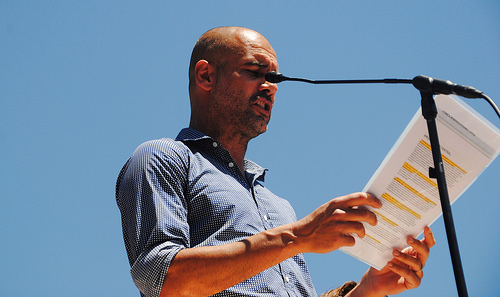 Jadon Sancho didn’t turn out to be as big a miss as expected in the knockout rounds of England’s ultimately fruitful U17 World Cup campaign.

The ex-Manchester City youngster was pulled from the Indian summer by new employers Borussia Dortmund, apparently to make a six-minute debut substitute appearance in the Bundesliga away to Eintracht Frankfurt.

He didn’t feature in either of BVB’s subsequent fixtures against FC Madgeburg (in the DFB-Pokal) or Hannover, while former City teammates Curtis Anderson, Joel Latibeaudiere and Phil Foden formed the spine of the Young Lions’ 5-2 final victory over Spain.

Much has been made of the runaway Premier League favourites’ expensive youth system, with chairman Khaldoon Al Mubarak recently quoted insisting that getting players into the first team was “far more important” than winning trophies at youth level.

Fine talk that would be applauded, had it any grounding in reality.

With striker Kelechi Iheanacho joining Leicester in a £25m deal over the summer, the likelihood of any City academy graduate grabbing meaningful minutes this term seems slim.

Tosin Adarabioyo has made five first-team appearances over two-and-a-bit seasons with the seniors, but is yet to taste a moment of top-flight action.

Foden has been talked up by Pep Guardiola as a player with a fantastic future in store, but does anybody believe the attacking-midfield teen stands a chance of usurping Kevin de Bruyne, David Silva, Bernardo Silva or Leroy Sane any time soon?

It’s not that City’s academy doesn’t produce Premier League-level players – on the contrary, Kasper Schmeichel, Ben Mee  and Kieran Trippier have all passed through on their way to becoming top-flight regulars.

They don’t need the kind of money generated by sales such as Iheanacho’s either, with Al Mubarak representing around half a trillion pounds’ worth of UAE oil cash and success on the field ensuring TV riches galore.

With all that in mind, it’s difficult to figure out why City bother.