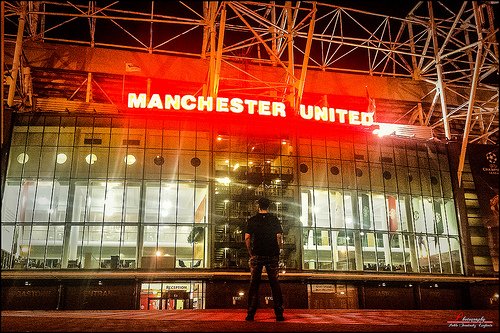 Manchester United may not be playing the nicest football under Jose Mourinho, but their Champions League form has rarely been better.

Sir Alex Ferguson’s side tended to face tougher assignments over the autumn rounds of Europe’s top tourney, but the great Scot never quite managed to oversee a ‘perfect’ group stage during his two decades of trying.

To be fair to Sir Alex, whose best result was five victories and a draw in the 2007/08 running they went onto win, his United XI was often set up to secure a point on the continental road.

Fergie’s UCL mantra ‘win your home games, get to 10 points’ certainly fits current Old Trafford gaffer Mourinho, but the former Chelsea chief is on course to achieve what his illustrious predecessor never could.

Remarkably, banking four wins out of four hasn’t yet handed United a place in the last 16, with Spurs already through despite drawing one of their games.

They’ll fancy their chances away to a Basel outfit brushed aside 3-0 in the North West, and will be heavy favourites to see off CSKA Moscow in their last Group A game back at headquarters.

Group-stage form has certainly been a pointer for the Red Devils’ past success in the competition.

Alongside the aforementioned efforts a decade ago, United went unbeaten in a pool containing Barcelona and eventual losing finalists Bayern Munich when lifting the trophy in 1998/99.

Furthermore, three of the last four winners have gone unbeaten in their groups , with Madrid managing to take 16 points from 18 available on the road to victory in 2013/14 and 2015/16.

No side has served up a group-stage whitewash since Los Blancos in 2014/15, with Carlo Ancelotti and co eventually losing out to Juventus in the semi-finals.

Going by the current betting, United will turn a few heads if they can emulate that result.

What exactly is the point of Man City’s trumpeted academy?
Spurs influence an unspeakably good omen for England World Cup 2018 success
To Top