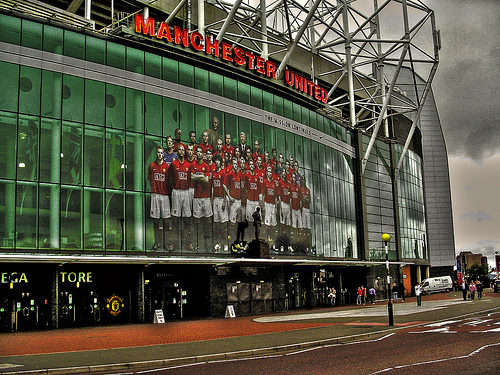 West Bromwich Albion away to Manchester United doesn’t quite get the Super Sunday juices flowing at this stage of the campaign.

The Baggies have been all-but down for a while and could see relegation confirmed next weekend if results go badly.

At the other end of the table, United are certainly too far behind leaders Manchester City to win the Premier League, but will probably be too far ahead of Liverpool and Tottenham to relinquish second, should they justify strong favouritism at Old Trafford.

No doubt, Darren Moore will have his battered West Brom warriors up for the fight at the ‘Theatre of Dreams’, after last week’s spirited 1-1 draw at home to Swansea snapped a nine-game losing streak endured under old boss Alan Pardew.

However, there’s one young Red Devil who’ll be desperate to make Jose Mourinho’s XI for only the second time in the last 12 Premier League gameweeks.

Marcus Rashford has been named alongside Harry Kane, Raheem Sterling, Ederson, Leroy Sane, and Ryan Sessegnon on the PFA Young Player of the Year shortlist, but the Wythenshawe lad looks somewhat out of place.

Rashford’s 2017/18 record of six goals and five assists in 29 Premier League outings isn’t bad, especially with only 14 of those appearances coming from the off.

Sane has the next-fewest starts on 23, and the German winger has missed more matches through injury.

Recent banishment to the bench, bar a two-game cameo of starts resulting in a brace in the 2-1 win over Liverpool and Champions League woe at the hands of Sevilla, has seen Rashford start one Premier League fixture since Boxing Day.

In contrast, Sessegnon has been left off the teamsheet once by Fulham during that time, with manager Slavisa Jokanovic rectifying his mistake and chucking the 17-year-old on after the break at 0-0 away to Norwich.

Rashford has plenty of players breathing down his neck for an England place including Sessegnon, who’s nominally a left wing-back, but with 14 goals in the Championship this season.

That was Rashford a couple of years ago, bullying his way into Louis van Gaal’s first team by grabbing seven goals in his first 12 senior games.

With perhaps eight matches left in United’s campaign, another jolt like that would be heartily welcomed by club and country.