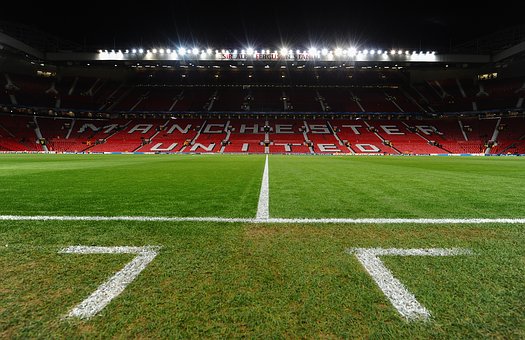 Manchester United host Manchester City on Wednesday night at Old Trafford in what could be the biggest Manchester Derby in years. Of course, with so much history between them, that is a big statement.

Despite losing six of their last eight matches in all competitions, Manchester United have the opportunity to throw a wrench in the gears of Manchester City’s race for the Premier League title.

Wednesday night’s Manchester Derby will be the 178th all-time meeting between the two rivals. It will write a new chapter in the long history of both clubs just as these 3 unforgettable Manchester Derbies did previously.

Manchester City humiliated their local rivals 6-1 at Old Trafford as Roberto Mancini’s team bulldozed past the Red Devils. One of the most memorable moments of the game was when Mario Balotelli scored and lifted his jersey to reveal his undershirt which read: ‘Why always me?’

In many ways, the game was a reflection of what was to come in English football.

Mancini’s side won the title, and despite Sir Alex Ferguson leading Manchester United to the championship a season later, Manchester City have been the dominant team in the city for the last eight years.

Two years before the mauling in Manchester, it was the Red Devils who won a thrilling seven-goal game.

It was a game of ‘whatever you can do, I can do better’, as both clubs pegged the other back time and again.

Although Manchester City had been purchased by Sheikh Mansour in 2008, they were still being transformed into the team they are today. It would take Mark Hughes’ sacking and Mancini’s arrival for the transformation to truly begin.

Former Liverpool striker Michael Owen, so long a thorn in Manchester United’s side, was the hero on the day as he found the back of the net in the 96th minute for Ferguson’s team.

The match was supposed to have just four minutes of stoppage-time and the late goal angered Hughes and company. They seemed to forget that playing at Old Trafford meant ‘Fergie Time’ could be generously added on top of stoppage-time.

Manchester City had downed their rivals earlier in the 2017-18 season and were on their way to the Premier League title.

Before they could get there, however, Manchester United had the opportunity to make things interesting. Which they did at the Etihad with a 3-2 come from behind win.

In many ways, the Red Devils current malaise was already present under former manager Jose Mourinho during that time period, but it just wasn’t as magnified as it would become later.

Manchester City outclassed the Red Devils in the first half thanks to goals from Vincent Kompany and Ilkay Gundogan. But Raheem Sterling’s poor finishing threw Manchester United a lifeline.

It was a shocking defeat but thanks to the sizeable gap between the two teams, it only slowed Manchester City down on their way to claiming the title.