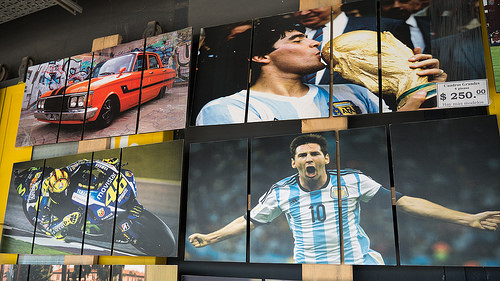 With one round to go in CONMEBOL World Cup 2018 qualifying, six teams are still fighting it out over four places, three automatic plus an intercontinental playoff place.

Right now, Brazil are the only South American side assured of a spot in Russia, with second-spot Uruguay on for the playoffs at worst and permutations galore in the next five places.

Chile and Colombia are two points off Uruguay, with Peru and Argentina each a point further back and Paraguay one behind them.

Lionel Messi and co could become the first Albiceleste squad to miss the World Cup finals since 1970, having been runners-up to Germany three-and-a-half years ago.

New coach Jorge Sampaoli, Argentina’s third since the last World Cup, has clearly struggled to get his high-press message across in time.

Two wins in three fixtures prior to the former Chile chief’s arrival have been followed by a trio of draws, the two most recent coming at home against basement dwellers Venezuela and fifth-place Peru.

Level on points a place below in sixth, Sampaoli’s side must now beat eliminated Ecuador away, which should be enough given at least one of Peru or Colombia will falter courtesy of their Lima showdown, while Chile must travel to Brazil.

Argentina will be favourites to at least snag the playoff spot, given they have something to play for in Quito, but 13 of the hosts’ 20 World Cup 2018 qualifying points have been secured at their Estadio Olimpico base.

Ecuador managed home wins over Uruguay and Chile, the latter a 3-0 thumping, and inflicted a stunning 2-0 defeat upon their next opponents on their own patch in Buenos Aires two years ago.

Either way, this isn’t how Messi would have envisaged the start of what could be his last chance of international glory before retirement, but missing out might not be as bad for the country as a whole.

The last time they failed to qualify, Argentina regrouped and won two of the next four World Cups.