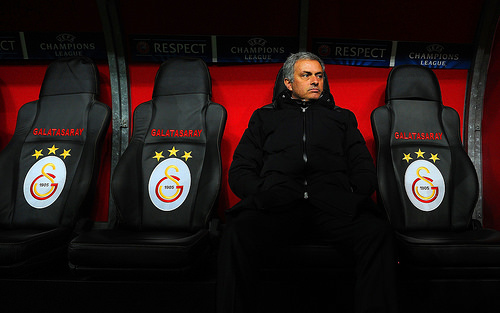 Former Napoli director Pierpaolo Marino has been yapping his gums on all and sundry relating to Italian football over the past week.

First, the well-travelled transfer guru passed judgement over Milan’s €42m purchase of 30-year-old centre-half Leonardo Bonucci, suggesting the Rossoneri will know they should have bought a striker instead.

Now, Marino has set a massive hair running by claiming his old employer’s on-fire forward Dries Mertens’ contract contains a €28m release clause, chicken feed in a world where some transfer fees are into three figures.

With 38 goals in his past 41 games for club and country, there are few who can match Mertens right now in the striking stakes.

Taking a punt on the Belgium international, in January or more likely the summer, is on Manchester United’s agenda, according to Marino, who believes the Premier League giants are watching Mertens very closely.

At 31-years-old by the end of the current campaign, Mertens would have no resale value, but Old Trafford chief Jose Mourinho wouldn’t worry about that at the price quoted.

The Portuguese tactician has signed 36-year-old striker Zlatan Ibrahimovic up again after a fine return of 17 goals in 28 Premier League outings last term before suffering an ACL injury.

Zlatan’s knees aren’t likely to last another season at the top level, so Mertens could conceivably replace the old stager as wise head amongst United’s young pack of forwards come the summer.

Napoli are riding high in Serie A and the Champions League, topping the former and fighting a three-way Group F battle in the latter, so only an unforeseeable change in fortunes is likely to spark a January switch.