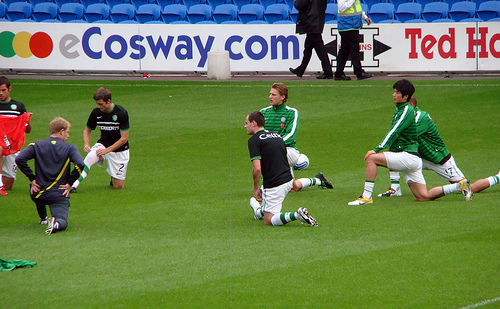 Yep, that’s the guy, the centre-half who was valued at upwards of £60m by Napoli two summers ago, and has barely been spoken of on these shores since.

Chelsea and Everton were thought keen, but these weren’t the heady days of two months ago, when Neymar, Kylian Mbappe and Ousmane Dembele switched clubs for combined fees of more than £400m.

They are now the first, second and third most expensive players in history, although Mbappe won’t take his place in the pantheon until next summer owing to his Paris Saint-Germain “loan”.

Just a year earlier, you could still pick up Gabriel Jesus for a derisory £27m or N’Golo Kante for a paltry £32m, while a few quid more coaxed Southampton into selling Sadio Mane to Liverpool.

Centre-halves Shkodran Mustafi and David Luiz, each of whom went deep into the last World Cup, came in at around the £35m mark for Arsenal and Chelsea – why did Napoli think anyone would pay so much extra for Koulibaly?

If the plan was to get another couple of campaigns out of the Senegal stopper before extracting the best price possible, it could be working.

Southampton were said to be in the mix with a rumour popping up last week, and now talkSPORT are reporting a mooted £45m price tag on the 26-year-old’s head, should suitors – which are also now said to include Barcelona – move in January.

In other transfer news…

There’s nothing more inevitable than left backs being linked with top-six sides these days, as at least half the elite struggle in the position.

This week, it’s the turn of Manchester United and Tottenham, who are supposedly running the rule over in-demand Celtic youngster Kieran Tierney.

Lilywhites fans will confuse him with Kieran Trippier should the 20-year-old sign on, but Mauricio Pochettino’s decision to effectively replace departed right-back Kyle Walker with Kyle Walker-Peters in the first game of the campaign shows he’s not beyond name humour.

This transfer saga could yet depend on the futures of United and Spurs left backs Luke Shaw and Danny Rose, who have previously been implicated in a potential swap deal.