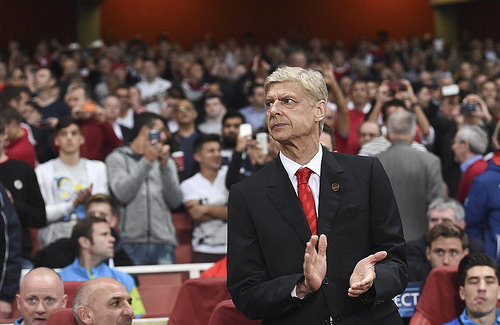 Arsenal averted their latest mini-crisis prior to the international break, going unbeaten with six victories in their last seven fixtures having won just one of their first four of the campaign.

That progress looks as likely as not to be checked away to Watford, despite the Gunners attracting heavy favouritism in the betting markets.

First, Arsene Wenger must contend with myriad problems in defence.

Shkodran Mustafi’s injury on World Cup qualifying duty with Germany means Laurent Koscielny is likely to be rushed back, having missed his side’s past two games and France’s recent international fixtures.

Sead Kolasinac faces a late fitness test after being substituted by Bosnia at half time against Estonia.

Veteran centre-half Per Mertesacker holds the authority and experience to handle the pressure of marshalling the Red defence at Vicarage Road.

However, the man Gooners call the BFG has been risked just once in the top flight in 2017, off the bench during the final game of last season.

Arsenal are perhaps one failed fitness test from Mertesacker’s first Premier League start since April 2016, against a Hornets outfit that has struck 13 times in eight all-competition fixtures this term.

Watford’s home form in the division under Marco Silva isn’t great, drawing with Liverpool and Brighton and going down 6-0 to title favourites Manchester City last time out in front of the faithful.

That looks rosy compared to the visitors’ recent efforts on the road though.

Wenger and co have taken just one point from three away in the Premier League this season, a road run that stretches to just three wins, seven losses and a draw over the past nine-and-a-half months.

Considering the the City humbling is Silva’s sole reverse in the division as Hornets head honcho, and Watford just a point behind Arsenal in the early exchanges of the campaign, avoiding defeat should be well within the hosts’ powers.