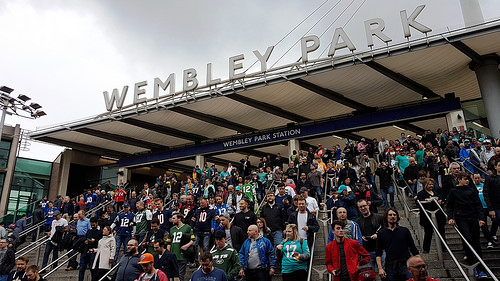 Everybody in football’s talking about Liverpool’s Premier League match against Manchester United, but if the last few runnings of the ‘English Clasico’ are anything to go by, it’ll probably be a drab draw.

That wouldn’t tell us anything we don’t already know, but here are three intriguing sub-plots to the EPL’s main event:

Beating Borussia Dortmund 3-1 and Barnsley 1-0 snapped a dismal run of just one win and two draws in 11 Wembley matches since March 2009.

However, squeezing a 0-0 Premier League draw against Swansea in the middle means no top-flight wins there yet for Mauricio Pochettino and co.

Bournemouth were starting to look in better shape prior to the international break and, like the rest of the division, shouldn’t lack inspiration at the home of football.

If the visitors emerge unscathed, Lilywhites all over remain worried.

Chelsea winning by any score to nil would make Hodgson’s five-game record at Palace markedly worse than predecessor Frank de Boer’s, who was only afforded that many matches before the chop.

Yes, the former England manager has had a much tougher run, but it’s hard to believe this lot stand a chance against any Premier League side.

Does anyone fancy them to get something at Newcastle next week?

At least a goal at home to Chelsea is required to make Palace’s heart pump again.

Can Manchester City’s undoubted progress stand up to Stoke at home?

Pep Guardiola’s side are purring, winning nine of their 10 2017/18 fixtures and topping the league on goal difference thanks to a barrage of strikes.

Intriguingly, they were in similarly fine form ahead of hosting the Potters last term, winning eight of their previous nine and drawing the other.

The match ended 0-0, with Mark Hughes denying his former club home victory for the second time in three years.