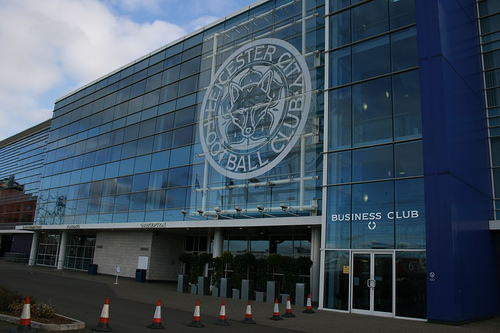 Leicester City shocked the footballing world two weeks ago when they sacked manager Claudio Ranieri. Just nine months ago, the Italian led the club to a Premier League title, at 5000-1 odds.

The Foxes faced a huge backlash from former players, pundits and fans alike. But a decision had to be made. Ranieri departed the club after his side had slipped into the relegation zone and looked as if they were about to slide out of Europe.

Nobody can change the past, so the club must now look to the future. Two positive results followed the Italian’s sacking. An impressive 3-1 win at home to Liverpool last week was followed up by an equally important 3-1 win against Hull.

The man in the hot seat for both those fixtures was Craig Shakespeare. After doing what many thought would be unachievable by securing six points from two games, it’s rumoured that the 53-year-old will be handed the manager’s job until the end of this season.

It’s almost unthinkable that a man, who until now, was a low-profile figure in management, will be taking over the Premier League champions and be tasked to avoid relegation. So who exactly is he?

Up for the job?

Shakespeare spent 19 years as a professional footballer. Between 1981 and 2000 he played for a host of clubs, including Sheffield Wednesday, West Bromwich Albion, Walsall and Scunthorpe United. Despite making over 500 appearances between these clubs, he never quite cracked the old first division and played only 17 times there. Instead, he played mostly in the second and third tiers of English football.

After retiring, he stayed in the game, returning to West Brom as their Football in the Community Officer. He was responsible for promoting grassroots football in the local area, before later taking up a position as the Baggies academy coach. In 2006, he became their reserve team coach.

The path to management

Following the departure of then manager Bryan Robson and then his assistant Nigel Pearson four games later in October that year, Shakespeare was put in charge of the first team for one game. It was away to Crystal Palace, and his West Brom side won 2-0.

In 2008, he rejoined Pearson to become assistant manager at Leicester. He followed his boss to Hull City for a year in 2010, before rejoining the Foxes again in 2011. Shakespeare has been the assistant manager there ever since, and stayed after Pearson’s departure, working under Ranieri for 20 months.

After the 65-year-old was sacked last month, Craig Shakespeare has now become the caretaker manager and looks likely to keep the job until the end of the season.

Only time will tell if he’s the right man to guide Leicester away from relegation, but based on his first two results, he may be their best chance.

The English champions are now up to 15th in the league and are still alive in the Champions League. If they’re to progress to the quarter-finals, the Foxes must overturn a 2-1 defeat at home to Sevilla in the second leg of their last-16 tie next week.

Five key reasons Chelsea have been unstoppable in the Premier League
FA Cup Latest: Impressive Spurs home form looks sure to continue against Millwall
To Top