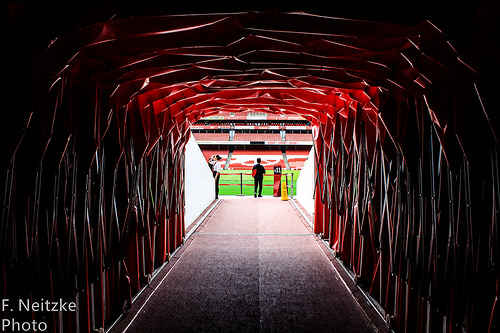 We warned you Arsenal were a bad bet away to Watford.

The Gunners have now won just three of their last 12 away in the Premier League after going down 2-1 to Marco Silva’s side at Vicarage Road.

Arsene Wenger and co slipped a place to sixth, a whopping nine points behind leaders Manchester City barely a fifth of the way into the campaign.

Luckily for the red half of North London, Chelsea and Liverpool’s travails are keeping Arsenal well in the mix for a top-four berth.

Along with surprise-package Burnley, all four sit on 13 points, just two behind the flying Hornets in the last Champions League qualifying spot.

However, the next handful of fixtures could see Arsenal drop like a stone if they don’t improve markedly.

Another away fixture at struggling Everton may seem like a relatively simple assignment, but history says otherwise.

The Toffees have won two and drawn two of their past five against the Gunners at Goodison Park, including victory in boss Ronald Koeman’s first term in charge 10 months ago.

Add in that Koeman led Southampton to 2-0 and 4-0 victories at home to Wenger’s men during his pair of campaigns at St Mary’s, and the outlook’s bleak.

Swansea at home should be surmountable, despite Paul Clement’s side beating Huddersfield in South Wales over the weekend, but then it could get ugly.

Manchester City will blow Arsenal away at Emirates, where Pep Guardiola’s side have racked up a remarkable tally of 18 goals in four EPL fixtures in 2017/18.

Spurs at home are next, after the Lilywhites finally banished the ‘St Totteringham’s Day’ curse by finishing above their local rivals for the first time in 22 years.

Mauricio Pochettino’s charges have won four Premier League away games out of four since the campaign kicked off, and finally managed a top-flight victory at their temporary Wembley home against Bournemouth over the weekend.

Even a trip to Burnley towards the end of the month looks far from an Arsenal penalty kick.

If Gooners thought last year was bad, they ain’t seen nothing yet.