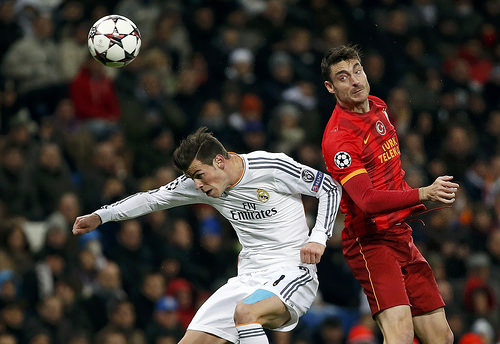 With Manchester City cruising at the top of the Premier League, Tottenham may be on a roll, but few fancy Mauricio Pochettino and co to overhaul Pap Guardiola’s flashy northerners.

Spurs have won four on the bounce in the Premier League, going unbeaten in seven and taking 17 points out of 21 during that run to surge level with Manchester United in second.

Despite such blistering form, the bookies still see the Lilywhites’ title chances in the 10/1 outsider bracket.

Pochettino is well ahead of schedule given his limited net transfer spend of around £30m over three-and-a-half years in North London.

There are a few potentially-available players who could improve Spurs in the second half of the campaign, although an unprecedented level of investment would have to be sanctioned by chairman Daniel Levy.

Pochettino has missed Bale’s replacement Erik Lamela, with the likes of Georges-Kevin Nkoudou proving sub-optimal reinforcement amongst the substitutes.

Buying back another player who has suffered with injuries of late may seem unwise, particularly for the money Bale would cost, but he is still only 28-years-old and has bagged a whopping 144 club-and-country goals over the past seven-and-a-bit seasons.

Rumours abound of Real Madrid wanting to sell Bale, with the likes of Chelsea and Manchester United interested – why not Spurs?

Atletico Madrid’s Kevin Gameiro may find himself marginalised at the Wanda Metropolitano in the new year, when the transfer ban on Los Colchoneros lifts and Diego Costa returns to Diego Simeone’s squad.

Gameiro scored the only goal on his return to Atleti’s starting XI away to Celta Vigo, but has been overlooked in favour of Antoine Griezmann, Angel Correa and Luciano Vietto of late.

The 30-year-old might fancy a crack at competing with Fernando Llorente to back up Harry Kane, with plenty of domestic minutes to go around during the run in, especially if Spurs are still fighting on four fronts.

Pochettino is well covered in central defence and at right back, but on the other side Danny Rose and Ben Davies have both missed games already this season.

The former has suggested he wants out of the capital soon, so Pochettino should already be planning for a replacement.

It’s risk, but going for Man Utd’s Luke Shaw in January might be the answer.

Shaw can’t get a game at Old Trafford and has 18 months left on his contract, meaning United would be sensible in demanding the £30m they paid Southampton in 2014 for his services.

Having banked £50m for right-back Kyle Walker over the summer and with more to come if Rose leaves, such an outlay for Shaw – a former Pochettino disciple at St Mary’s – seems like good business.

The Kingston native – who played for England only last March – has somehow fallen foul of Jose Mourinho at United, and could yet be a spent force at 22-years-old after a series of bad injuries.

Of course, he wouldn’t be the first player to flourish after leaving the Portuguese tactician…