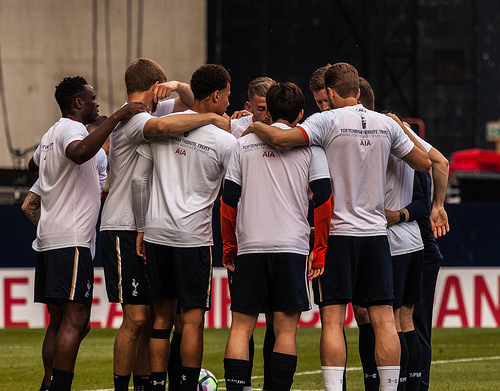 You can go anywhere and read about the likes of Germany, France, Italy, Spain, Brazil, Argentina and England, but what of the perceived also-rans at this summer’s hotly-anticipated World Cup?

Here’s the first WCWB featuring the two worst teams in the tournament, going by FIFA world rankings at least, in Saudi Arabia and hosts Russia.

South Korea – Damned by the draw

There are plenty of reasons for Shin Tae-Yong’s side to be positive ahead of their eighth World Cup on the spin, with the Reds alternating between group-stage exits and the knockout rounds over the past four.

On that trend, they’re due to reach the last 16 at worst in Russia, and they made it all the way to the semis the last time the tournament came this far east 16 years ago, when South Korea hosted.

They also have Tottenham Hotspur forward Son Heung-min to call on, but that’s where the positives end for captain Ki Sung-yueng and co.

Kicking off Group F against Sweden isn’t the worst start imaginable, but beating Mexico – who have made the knockout rounds in their last seven World Cup appearances – looks a big ask.

Panama – Never heard of them

Certainly not in respect of football, although there was something about a canal…

Four years ago, Panama blew the chance to take on New Zealand in a World Cup qualifying playoff when conceding two late goals against the USA, letting in a struggling Mexico side at the death.

Ahead of Russia, Hernan Darío Gomez’s men saw off Costa Rica 2-1 to qualify automatically after the Stars and Stripes’ defeat to tiny Trinidad and Tobago by the same scoreline.

With an experienced squad scattered around North and South America, and barely any players stationed in Europe, Los Canaleros are the darkest of dark horses, similarly – perhaps – to Costa Rica four years ago.

If Panama can progress through a group containing Tunisia, Belgium and England – who their CONCACAF brethren got the better of in 2014 – their fans will spend the rest of the summer celebrating.

Secret lives of footballers: Part Three – Man City and Chelsea oldboys should stick to day jobs
How England teams used to line up this close to the World Cup
To Top