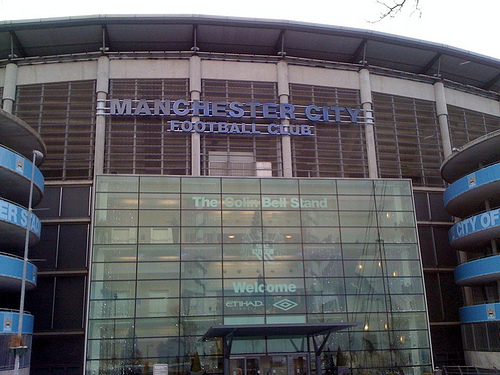 Manchester City striker Sergio Aguero has admitted that he has had no assurances that the club wants him to remain after this season.

It appeared that he was going to lose his place in the City team following the arrival of Gabriel Jesus in January. However, the Brazilian suffered a metatarsal injury that could rule him out for the rest of the season.

The unfortunate break Jesus has suffered has allowed Aguero to come back into the team and he has impressed since doing so.

He scored twice against Huddersfield on Wednesday night in an FA Cup replay and now has four goals in his last two games.

Sources close to the club suggested that Aguero is still in manager Pep Guardiola’s plans. However, the Argentine has been given no solid assurance.

When asked if he will be a City player next season, the 28-year-old said:

“That will be seen in June. My intention is to stay but it is a long way away. The club can say what it wants but in June they will have to meet with me.”

The striker had been linked with a move away from Manchester in January amongst interest from Paris Saint-Germain.

Guardiola though, hailed Aguero’s performance against Huddersfield last night as the best he’d ever seen from the player.

With City chasing Champions League, FA Cup and Premier League glory this season, the Argentine has a real chance to prove his worth.

The Citizens are 11 points behind Chelsea in the league but have reached the quarter-finals of the cup. They also take a healthy 5-3 lead to Monaco in the second leg of their last 16 tie in Europe’s elite competition.

Fighting for glory on three fronts may prove too tasking for City, especially with Chelsea so far ahead of them in the league. Instead, they may want to concentrate more closely on reaching the latter rounds of the Champions League as well as the FA Cup final.